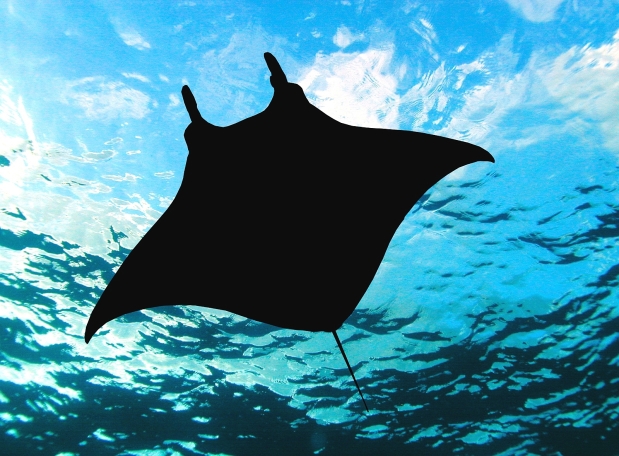 Arriving on the Big Island of Hawaii is like landing on the moon — fields of jagged black rock stretch in every direction. The airport itself is built on the remnants of a 1801 lava flow, which is yesterday afternoon in geological terms. The active volcano — and the promise of snorkelling with eight-foot manta rays – lured me to the Big Island.

First stop, checking into the Sheraton Kona (sheratonkona.com), the hotel that has attracted manta ray-lovers for decades. The hoteliers first shone lights at the water to illuminate the waves at night. Their goal? To attract tourists. But these lights also attracted krill which in turn attracted krill-eating mantas.

Today these creatures are a big draw, not just to snorkellers, but also to those having dinner at the Sheraton’s restaurant, Rays on the Bay.

There, a seaside seat will give you a front-row view of the mantas flapping their expansive fins at night. But I wanted to get closer to these magnificent creatures so I grabbed a towel and walked down the block to FairWind Big Island Ocean Guides (fair-wind.com), where I boarded the boat that would take me back toward the Sheraton Kona.

The water was choppy and I could only make out bits of what was lying beneath — was that a boulder at the bottom or a slow-moving manta? I couldn’t tell.

I donned my flippers and mask, threw myself off the ladder and swam toward a raft which shone lights toward the ocean floor. I lined up with the other snorkellers, each of us holding onto the raft with pool noodles under our feet to keep us afloat.

The mantas didn’t look particularly big until one got close and did a backward somersault a foot away from me, scooping up krill in its gaping mouth, its gills exposed, its underbelly as white as a shark’s. In fact, with its hunters’ eyes it looked like a flattened great white.

But unlike its cartilaginous cousin, the manta ray is harmless (to those of us who aren’t krill). Still, it took a few minutes to get comfortable being so close to these giant creatures under the sea.

More and more approached, one with a fish hitching a ride under its belly, another with a fish hook piercing its mouth. They started doing somersaults in tandem, like perfectly in-sync circus performers. 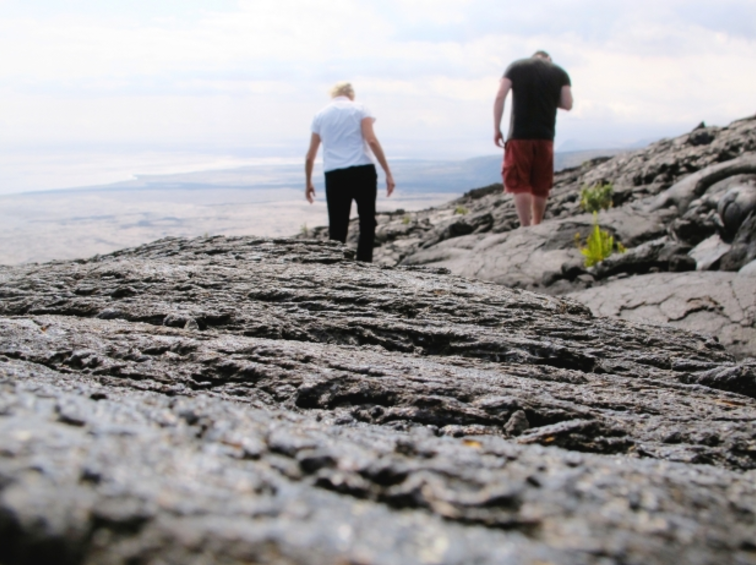 The next morning I traded my flippers for runners and joined Hawaii Forest and Trail (hawaii-forest.com), on a guided tour of the island led by biology professor Christina Hoffmann of the University of Hawaii Center at West Hawaii.

Our daylong journey started at Kona, which gets a mere 10 inches of rain a year, then took us east to Hilo, one of the wettest towns in the United States, then up to Hawaii Volcanoes National Park, home to Kilauea, which has been erupting since 1983.

As we made our way up the volcano we drove past naturally occurring steam vents and arrived at the Jagger Museum (nps.gov/havo).

The lookout offers an unobstructed view of Halema’uma’u Crater, which turned out to be very different from my cartoon-like image of an active volcano — there was no visible lava flowing, just angry clouds of sulphur dioxide spewing into the atmosphere.

We made our way back down the highway to the Thurston Lava Tube, a centuries-old cave formed by lava flow. 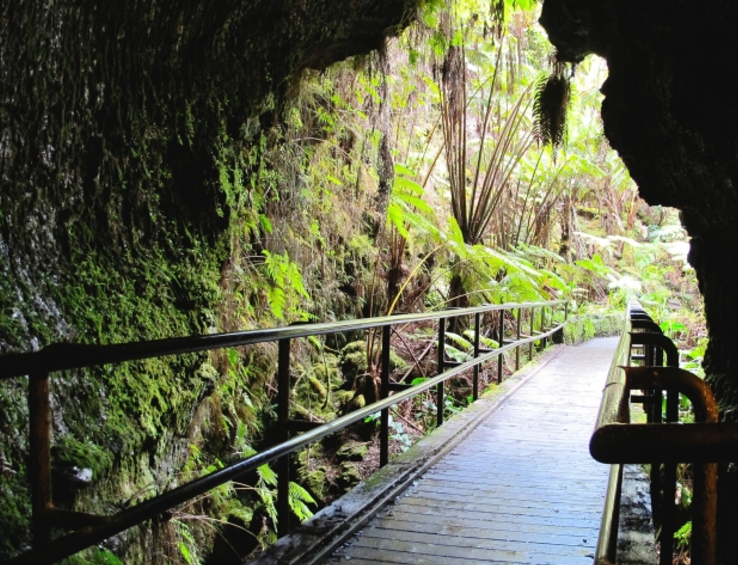 Native Hawaiians believed lava tubes were sacred places. Legend has it that King Kamehameha’s bones were laid to rest in one, though no one knows exactly which one because the men who buried him were subsequently executed so the secret would die with them.

Legend also has it that Pele, the goddess of fire, lived in this particular volcano.

As we continued our trek, we stopped at a lava field to look for Pele’s tears, raindrop-shaped pieces of lava that solidified in the air as they were spat out of the volcano. I pocketed a half-dozen.

Because red — not black — lava is the holy grail of volcano tours, we descended Chain of Craters Road, which took us from 4,000 feet back down to sea level, where my Big Island adventure started.

UPDATE: After this article was first published a reader wrote to tell me it’s bad luck to take Pele’s tears from the island, so with an overabundance of superstition I mailed them back.