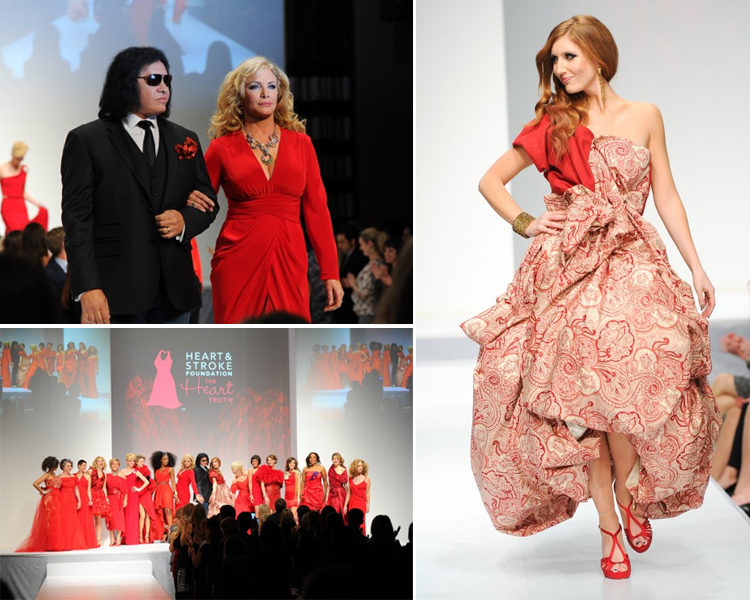 Gabrielle Rose has appeared on the silver screen, the small screen and the stage. But she’d never walked the runway until last night. The actress was one of a handful of Canadian women, including Gene Simmons’ wife Shannon Tweed (in Arthur Mendonça) and my favourite redhead Jessi Cruickshank (in Adrian Wu), who rocked crimson at the Heart Truth Fashion Show in Toronto. 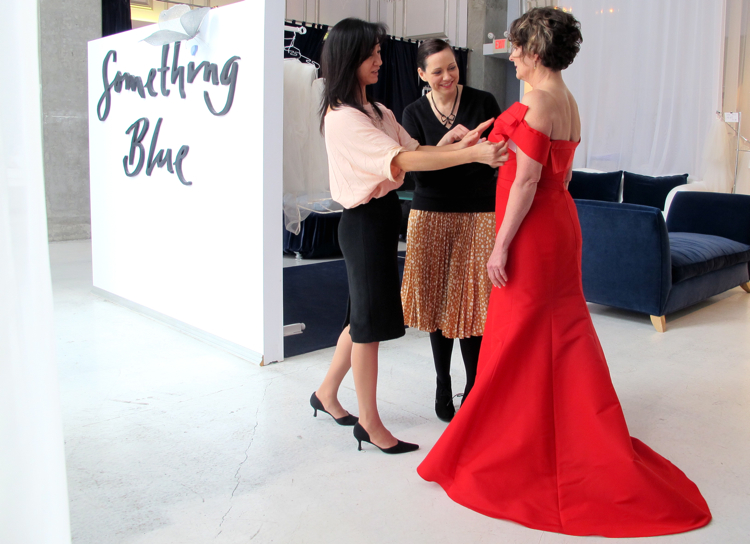 Before she left for T.O., I attended the final fitting of Rose’s off-shoulder, origami-influenced gown.

“When I put it on today and it was almost finished, I burst into tears. I think it makes me look stunning, like a screen siren,” she said.

The dress was designed by Heather Lewis and Jija Park of Something Blue, who were the only Vancouver-based designers to participate in this year’s show. 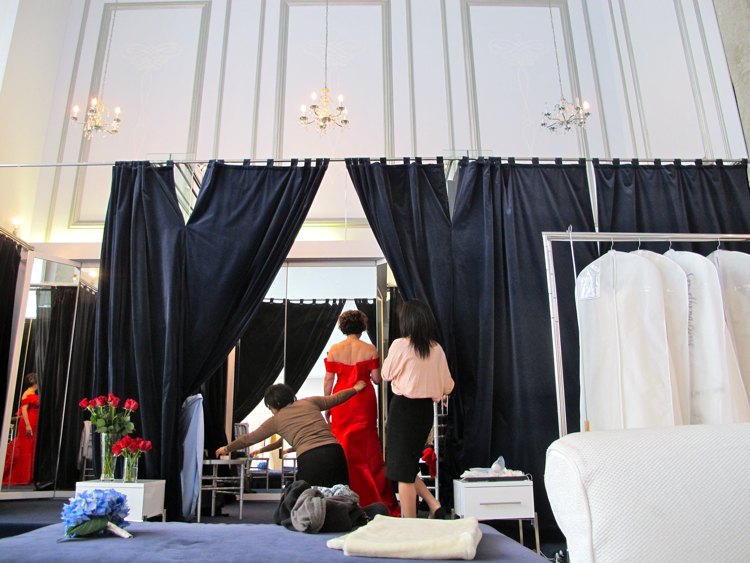 “Red represents passion and strength and we were looking for a gown that mirrored that feeling,” said Lewis.

While they’re best known for designing bridal gowns, Something Blue launched an eveningwear line in January (it’s all but sold out) and will be expanding into a line of resort wear (honeymoon wear!) once they move from their Yaletown shop to a studio near Granville Island this spring. 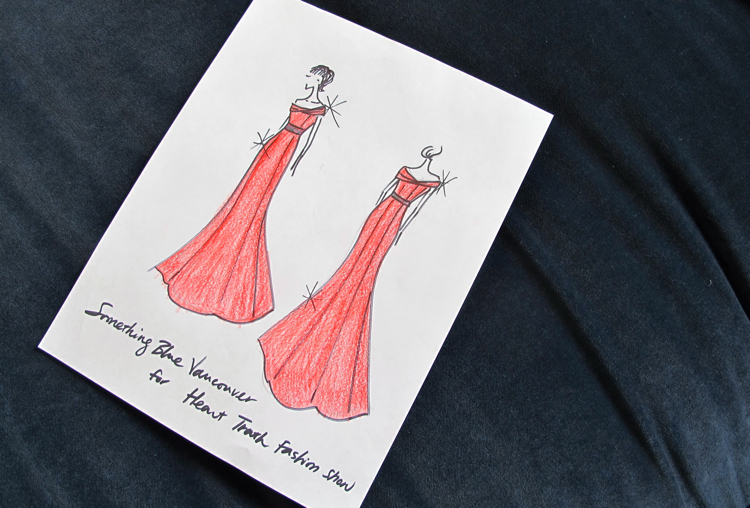 Will they recreate Rose’s Heart Truth gown for the masses? Nope. It is a one-of-a-kind piece designed just for the actress’ walk down the runway in support of the Heart and Stroke Foundation. 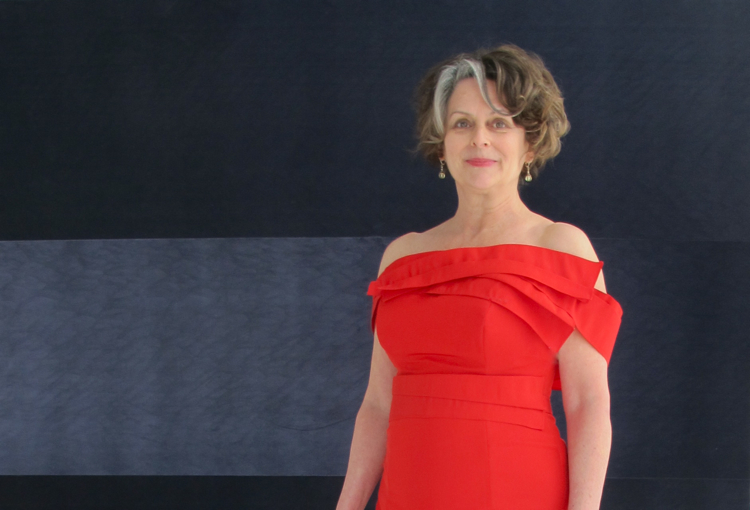 The cause is very personal for Rose: she lost both her parents to heart disease.

“I lost my mother to a stroke two years ago and I started to think — were there risk factors that we should have been aware of?” she said. “I began to investigate and the statistics are frightening; heart disease takes more women than any other illness out there, including cancer. I was shocked by that. There’s a misperception that heart attacks are something that men have.”

If you missed the Heart Truth fashion show, take a look at the photos and video here. If you’re in Vancouver, catch Rose in the Arts Club Theatre’s presentation of Scar Tissue April 5-28.

[Photos in the first collage by George Pimentel]

Let’s hear it for the sweatshirt