Number 3 | The Anthology’s Ten Most Ridiculous Moments of 2011

We’re counting down The Anthology’s highlights of the past year (10. an invisible man, 9. the friendly Sasquatch, 8. psychedelic pants, 7. alpine picnic, 6. pompom-shaking, 5. fashion passion 4. my biggest fan) which means we are now at the top three… 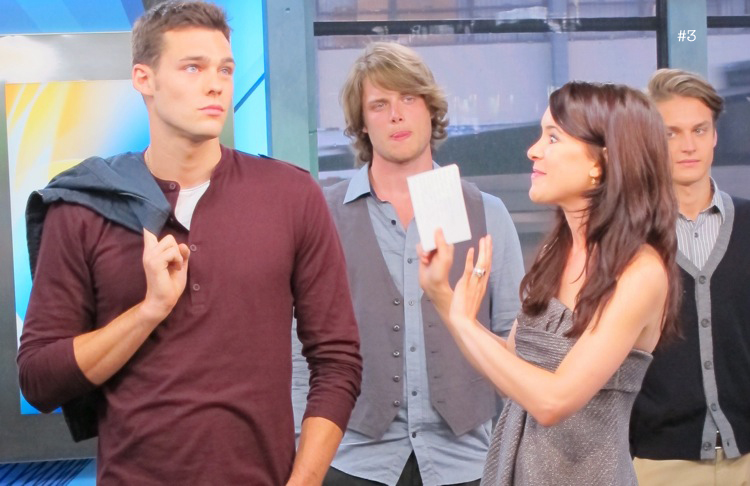 3. The most ridiculous still frame ever. When I stopped by Breakfast Television to talk men’s fashion I did so with an entourage of male models (it’s how I roll). And somehow, during filming, we managed to capture these facial expressions. Let’s go through them, shall we? First, I look like I’ve seen a ghost. Then there are the two gentlemen behind me who seem either really impressed or really unimpressed (probably the latter). And on the far left, if I am not mistaken, is some Blue Steel.

It was early in the morning. Cut us some slack.

If you took all the sequins

Get schooled by the Anthology