Number 4 | The Anthology’s Ten Most Ridiculous Moments of 2011

As we count down The Anthology’s highlights of the past year we’re seeing a lot of ridiculous randomness (10. an invisible man, 9. the friendly Sasquatch, 8. psychedelic pants, 7. alpine picnic, 6. pompom-shaking, and 5. fashion passion). Which brings us to… 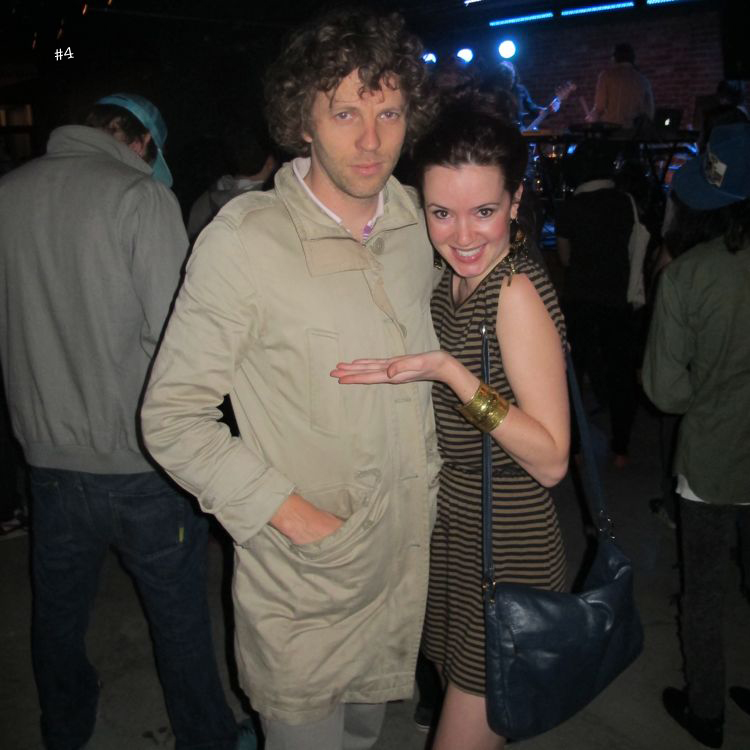 4. The sheer joy on this man’s face. There is one band that I would see every weekend if I could: !!! (Chk Chk Chk). Their dance parties are like nothing else and their short shorts-wearing frontman Nic Offer can hype a crowd like no other. So when I got to meet him I was thrilled. And he, judging by the look on his face, was over the moon at the chance to meet me. I mean, he can barely contain himself, he’s so giddy. That, my friends, is the effect I have on people.

P.S. You’ll really notice that effect when you add The Anthology on Facebook.

P.P.S. Braden Paul shot !!! (Chk Chk Chk) for The Anthology and his photos are ridiculously hilarious/amazing.

Sound | Yukon Blonde at the Biltmore

Some things are guaranteed to make you happy