Diary | Ballet BC Up 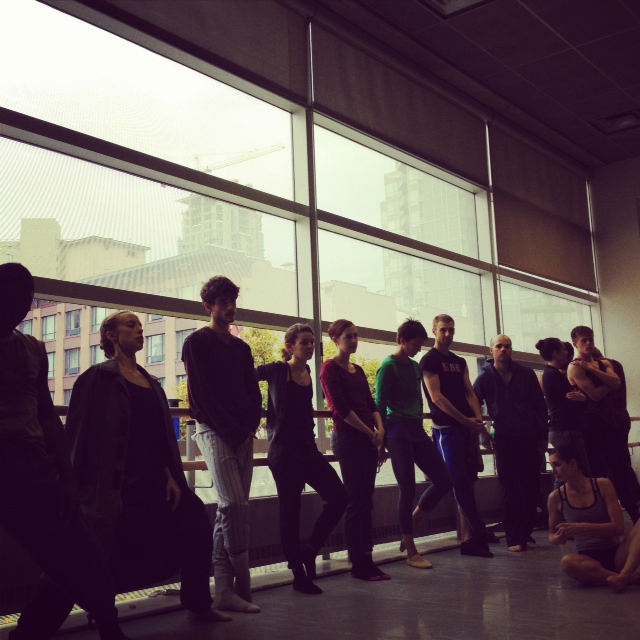 One of my first writing jobs was penning dance reviews for The Georgia Straight, Vancouver’s arts and culture weekly. It was before I started The Anthology, before Twitter was invented, before social media was a thing outside the nerdiest circles. Things were different back then.

I went to many, many shows. Some big, some small, some at the Queen Elizabeth Theatre, some at a bar on Granville Street. But they were all in their costumed, on-stage, completely finished glory. Wednesday was the first time I got to go, well, not behind the curtain because there was no curtain in the Dance Centre studio, but behind the proverbial curtain. For the launch of Ballet BC’s young patrons group Up, they invited us to a runthrough, a rehearsal one step before a dress rehearsal, where we sat in their studio, watched them stretch before they hit the floor, and counted the beads of sweat on their foreheads during their performance.

Man, it made me miss dance. Maybe even enough that I’d take their all-levels ballet class taught by their dancers. I’ll take any excuse to pull out the old leotard.