Artist Jason Young’s vision of the future is idyllic: no wars, no global warming, just peace, love and curling. Yes, curling. The kicker? He envisions this utopia in the not-so-distant future; the year 2054 to be exact. 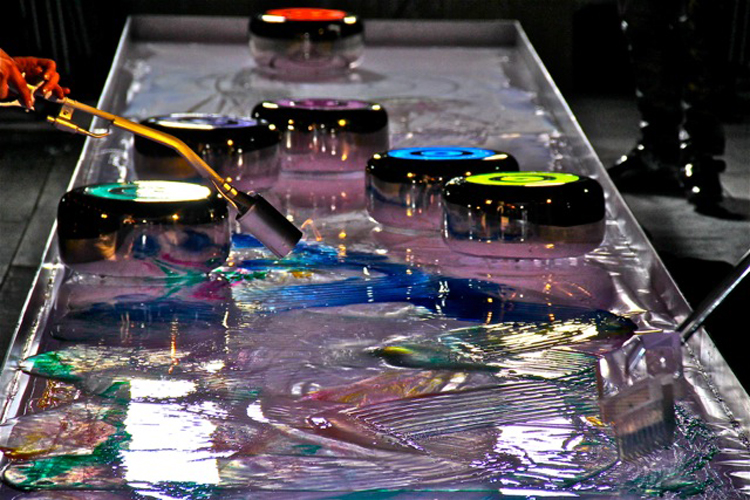 “People feel it’s a little ambitious – that we would so soon have evolved so far,” says the Vancouver-born, New York-based painter and performance artist. “But we’re being asked to sacrifice so many things for our future and yet there’s no positive vision being provided — it’s always drowning polar bears and doom and gloom. Enough with the stick, what about the carrot?”

The carrot is Young’s ‘2054’, a performance that resembles a curling match played by actors on the roof of Soho House (which many non-New Yorkers will remember from the Sex and the City episode in which Samantha impersonates a club member to gain access to the rooftop pool). 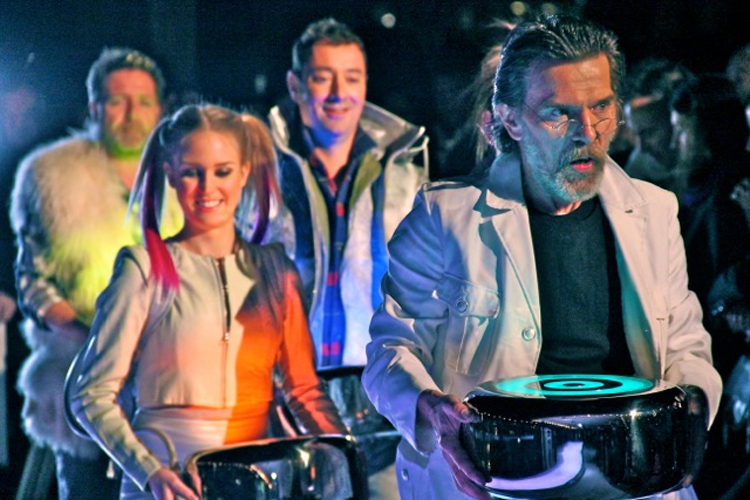 Instead of playing the game to win, the teams played to paint. Each illuminated stone was filled with coloured resin so it left streaks of colour as it glided across the “sheet,” which was actually a 50-foot lightbox that would later be divided into ten pieces and parcelled off for collectors.

This short film shows how it all went down. 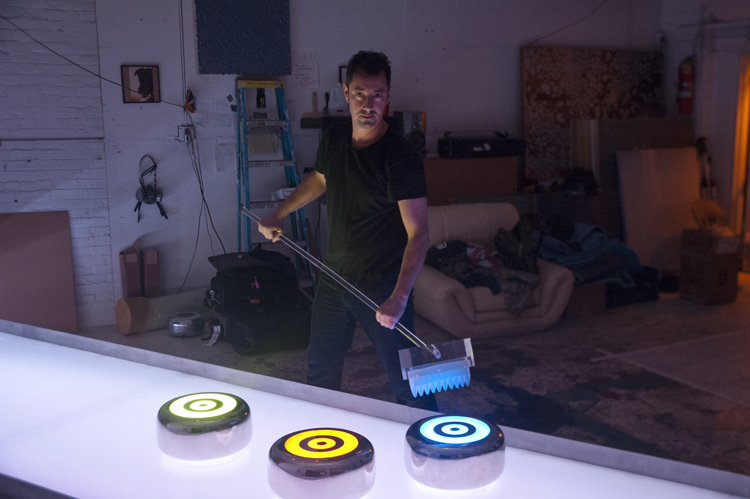 “In the States people don’t really know the rules so it gives me a lot of artistic license. If I were to try doing this with baseball or football people would be up in arms,” he says.

Instead, they embraced it. Now there’s talk of taking ‘2054’ to cities like Sao Paolo and London and maybe, possibly, hopefully one day in the not-so-distant future, Vancouver.

The scent of a man

Diary | Cocktails with the Ladies of Vancouver Fashion Showcase