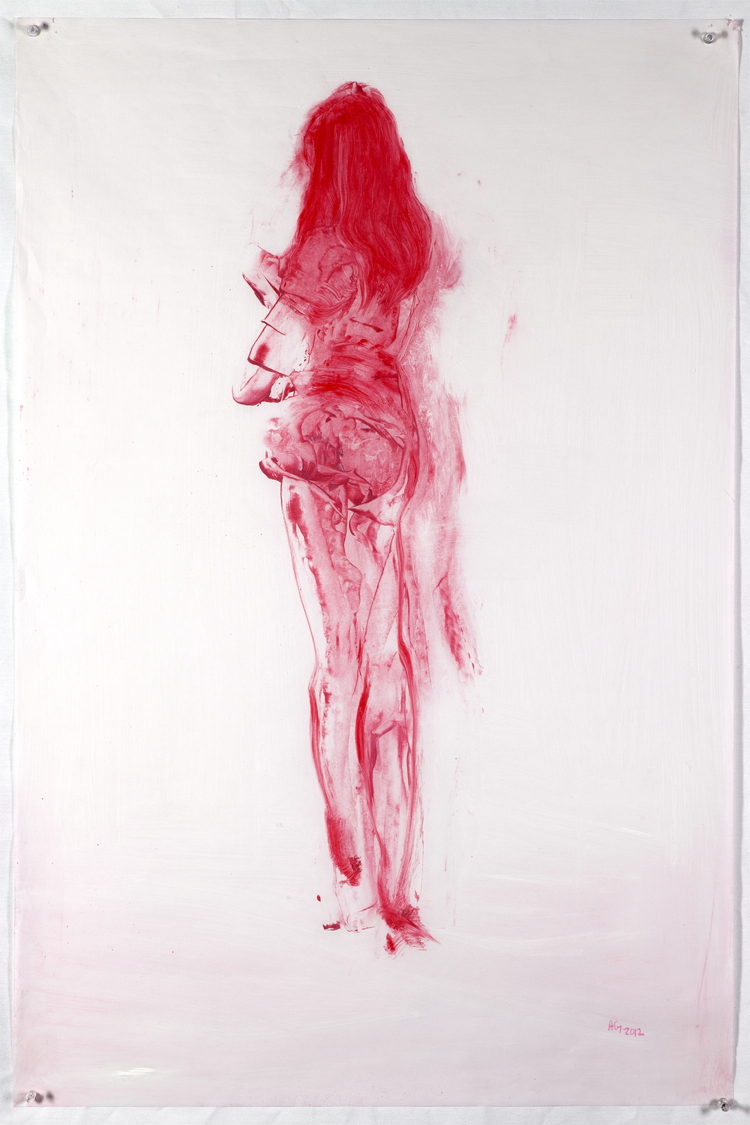 When I reached Angela Grossmann in her studio to interview her for a piece in Vitamin Daily she apologized for putting me on hold while she removed her gloves.

The prolific Vancouver-based painter’s latest show The Future is Female is a study in being studied. It captures – in soft-coloured pieces and more aggressive-looking collages – women in private, sometimes awkward moments.

“We are always being looked at,” she said of the fairer sex. “We can’t see ourselves outside of the influences of being looked at our whole lives, even when we’re alone.”

The Future is Female finds beauty in less-than-glamourous moments like getting dressed. In it, Grossmann uses the female form as subject matter in a way that only a woman could.

“I feel tectonic plates shifting in the art world. Some of the best artists right now are women.” Among them are Marina Abramović and Cindy Sherman, whom Grossmann says “Mark a real movement towards women-centred ideas.” Funny, I’d say the same about her.

The Future is Female is at Vancouver’s Winsor Gallery until May 6, 2012.

So I was thinking