In her fourth dispatch from London, Katie Burnett, a friend, actress and writer, shares her favourite way to spend a Friday night in London Town: at the theatre…

Living in London might be incredibly expensive, but saving money for the theatre is a must. Luckily, in London the theatre isn’t just world-class, it can be affordable. Sure, there are the West End theatres that can set you back as much as 200 Canadian dollars, but theatres like the National Theatre, Old Vic Theatre, Donmar Warehouse and Royal Court are rarely above 50 dollars Canadian a ticket – if that even. On a Friday night, whether you’ve been sightseeing all day or working, the best treat you can give yourself is a night out at the theatre. 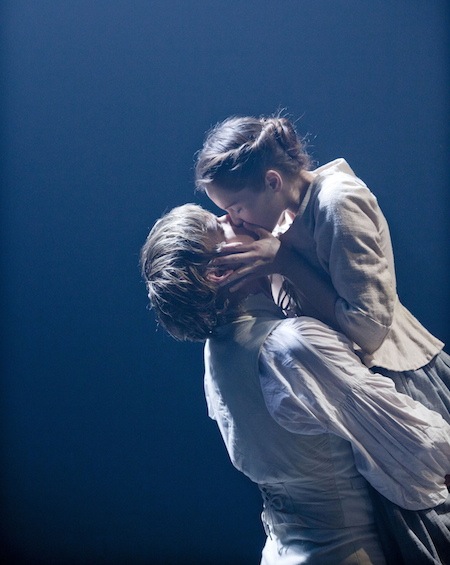 The Old Vic, located on the Cut by Waterloo is a great theatre with dynamic plays. Kevin Spacey is currently finishing his run as Richard the 3rd, and Robert Sheehan of Misfits fame will take over next in the Irish play, The Playboy of the Western World. If you’re able to get to the Old Vic for a night of theatre, try and leave yourself time for a walk along the South Bank before your show, as it is the perfect place for a stroll, sight-seeing, and people watching.

There are a lot of food choices, like the always popular Wagamama or Ping Pong, but I suggest going to Cubana. It has pre-theatre dinner menus AND happy hour – a rarity in London. Their Pina Coladas are to die for….

After your play at the Old Vic, head down to the Pit bar for drinks, a chance to mingle with the cast, and usually some roaring music courtesy of a local band like Salt Water Thief (check out their performance of Adele’s “Someone Like You”). It’s a great atmosphere to relax and also extremely entertaining.

Over at the National, the views are stunning, and even if you don’t have a ticket you can go inside, wander around the bookshop (stocked with what feels like every play ever written), check out the art exhibits, treat yourself to a coffee or some wine, and sit up on the deck, overlooking the Thames and St. Paul’s. And if you do want a ticket to a show, they do Travelex offers, meaning you can get tickets for the equivalent of 20 Canadian dollars on the day!

The great secret about theatre in London is that you can wake up (albeit early), go over to the theatre where you’d like to see a show, line up, and more often than not (if you’re early!) you’ll score a ticket.

I woke up at 7am one morning recently, dragged my weary roommate Isobel and met up with our friend Sam outside the Donmar Warehouse, where we waited until 10:30am – and each walked away with a ticket that cost about 15 Canadian dollars for that evening. The Donmar is a stunning, intimate space, and we had perfect seats for Schiller’s Luise Miller, which was a phenomenal production directed by Michael Grandage, featuring up and comer Felicity Jones as the title role.

Next up at the Donmar? Jude Law in Anna Christie. It’s sold out, but fear not – if you wake up early enough, there’s a good chance you can line up for tickets!

And if you can get to the Royal Court, dubbed “London’s coolest theatre”, you can also enjoy the surrounding Sloane Square area and the Kings Road. It’s a hub for new playwrights, notably Lucy Prebble’s Enron, Polly Stenham’s That Face and Jezz Butterworth’s Jerusalem which went on to play in the West End and Broadway, winning various prestigious awards along the way!

P.S. Want to keep adding to your “When I’m in London” list? Katie Burnett has more dispatches from London coming up on The Anthology! Catch up on her first dispatch from London here, her second one here and her third one here.