I’m off to Coachella!

You’re not going? Don’t fret. You can recreate the experience by putting on a hippie dress, sitting in a 100-degree sauna and listening to these seven bands: 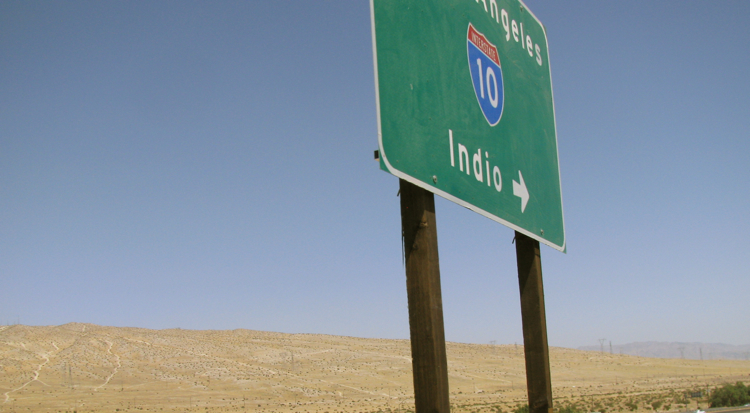 The Drums
Nothing says “California” quite like surfer rock, even if the band happens to be from New York.

!!! (Chk Chk Chk)
Because no one rocks tiny denim shorts quite like Nic Offer.

Phantogram
I saw them perform in Quebec City at the Festival d’Ete last summer. And next time you have a chance to see them, you might want to do the same. If only because Sarah Barthel will be your next big girl crush.

Foals
This is sunny driving music.

Delorean
They’re from Spain! And maybe if you had a Back to the Future-style Delorean, you could buy tickets to Coachella before they sold out? (Sorry, didn’t mean to rub it in. Just trying to be helpful.)

P.S. I’ll be posting a billion Coachella photos so add The Anthology on Facebook.

Wear/Where | Two brights and a bold