Jackie O’s relatives Big and Little Edie have inspired a documentary, Broadway play and HBO film. Now, the eccentric recluses have inspired a display at one of Vancouver’s favourite stores; Lola Home & Apparel.

The boutique just moved to Vancouver’s Beatty Street. Its most prominent — though temporary — feature? The scene recreating some of the most famous moments of Grey Gardens using pieces from Vancouver designer Jason Matlo, crinkled newspapers, and stuffed raccoons. With tons of scarves, brooches, and fur (though no pantyhose as pants), it’s all the right kinds of crazy. 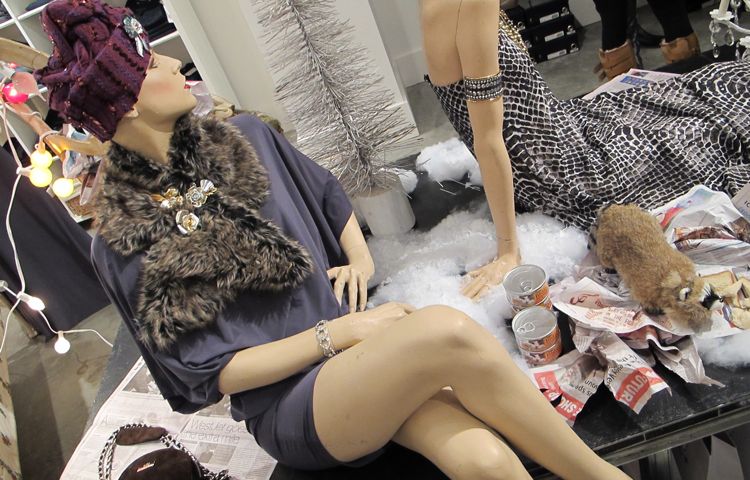 I have a feeling there’d be no better inspiration for eccentric vintage fashion. And we all know how much I love that.

Have you seen it? Did you love it?

P.S. The Anthology’s Facebook page is a little eccentric too.

Number 8 | The Anthology’s Most Ridiculous Moments of 2011