They should rename it Festiville

Montreal is easily the most vibrant city in Canada, non? 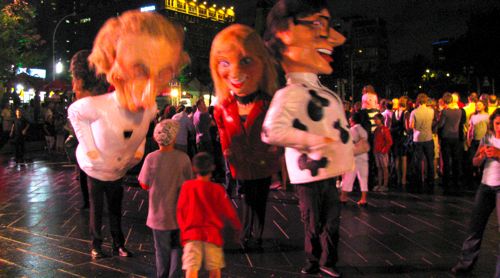 We arrived last week when Just for Laughs was in full swing (which, for the record, follows closely on the heels of the city’s outrageously huge Jazz Festival). 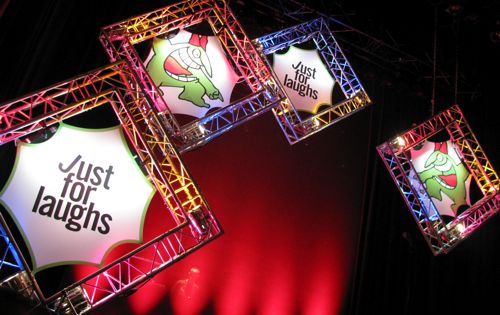 Out of more than 200 English performances, we caught only two. (We would have attended more had we figured out earlier that we actually like stand-up comedy.) The highlight? Mike Birbiglia’s one-man riot My Girlfriend’s Boyfriend. 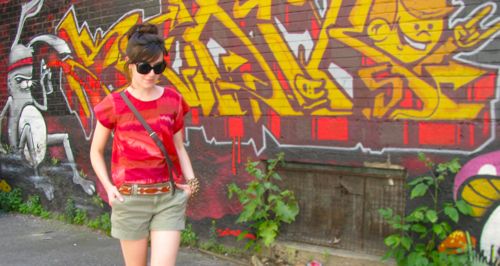 I had been to Montreal before, but only in the dead of winter so it was a treat to be able to roam the streets in a vintage t-shirt (bonus points for coordinating with the graffiti!). 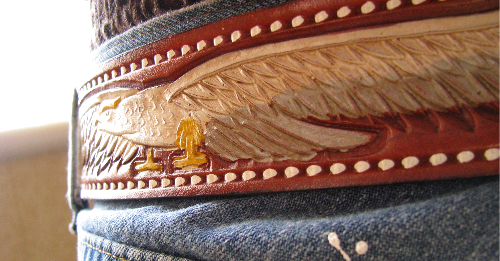 And the vintage belt that I wore all over Quebec. 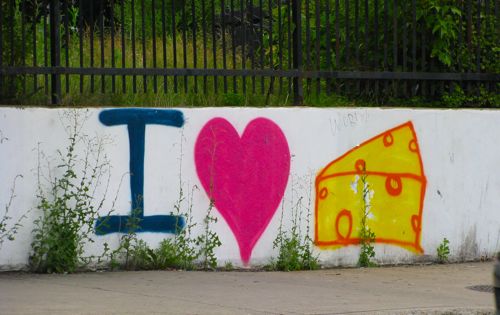 Speaking of graffiti, I have no idea what the story is behind this tag (maybe it’s as straight forward as it looks) but I kept spotting it all over the city. And it hit close to home because there’s nothing I heart more than a slice of emmental. 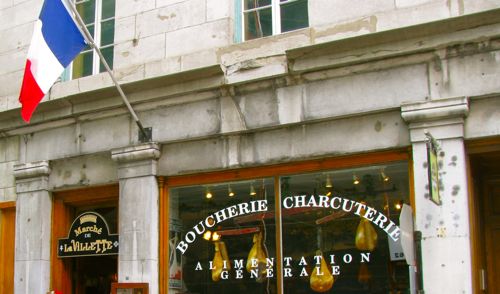 And speaking of a nice slice, Marche de la Villette in old Montreal serves up cheap(ish) breakfasts and lunches with great cheeses. L’Express on Saint Denis lives up to its hype. And, across the street from the Opus Hotel where we stayed, is Tequila Taco House, which looks like a hole in the wall but serves up amazing Mexican food. 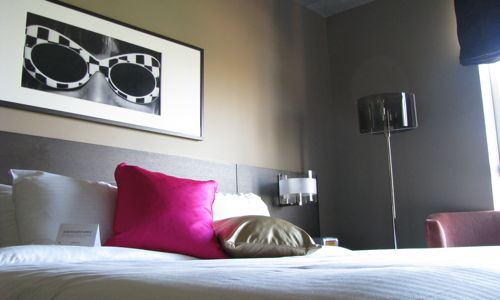 Ah, the Opus. It’s right smack dab between the shops and festival grounds of Saint Catherine and the funky boutiques, restaurants and bars of Saint Laurent and Saint Denis. Which makes its location pretty much perfect.

(Just make sure you book a room that’s not facing the hotel bar because its patio is as packed and party-full as the city itself.)

P.S. Get festive and add the Anthology on Facebook.

Outrageous or not outrageous?