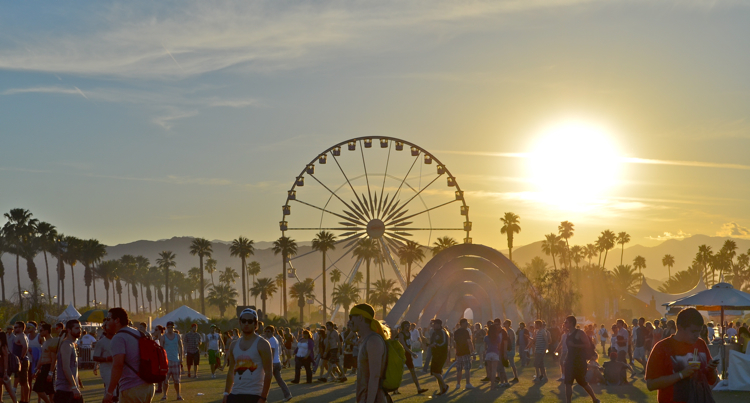 The sunshine, the music. 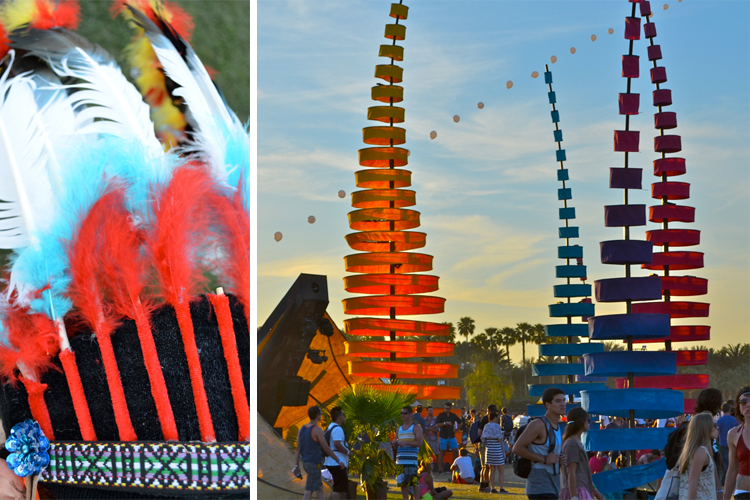 The colours, the characters. It all brings me so much joy. 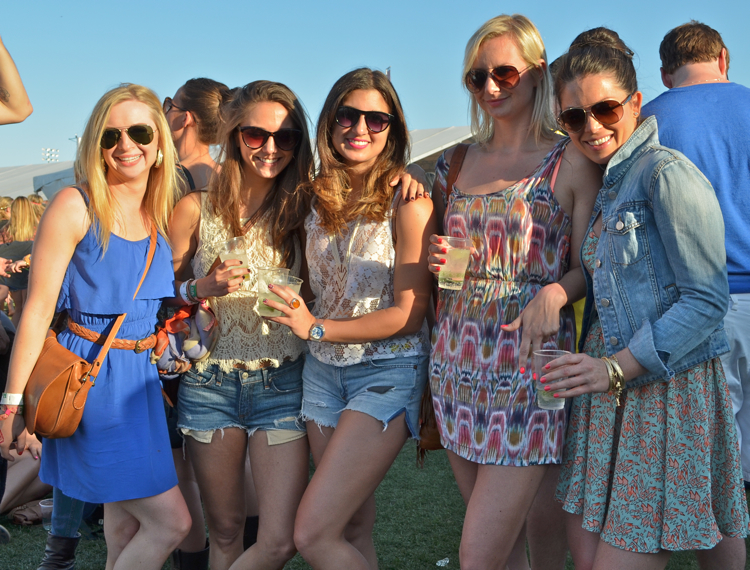 I went this weekend with friends from LA, Calgary and the Couv and man, was it fun. I skipped the first day — shameful, I know! But it was raining! And I spend enough time in the rain when I’m at home in Vancouver, thankyouverymuch, I didn’t want to brave it in the desert, even if it meant missing Wu Lyf, Other Lives, Explosions in the Sky and Neon Indian.

I made up for it on days two and three, though. The highlights? Justice, Miike Snow, At the Drive-In, The Weeknd, and of course…Snoop and Dr. Dre. 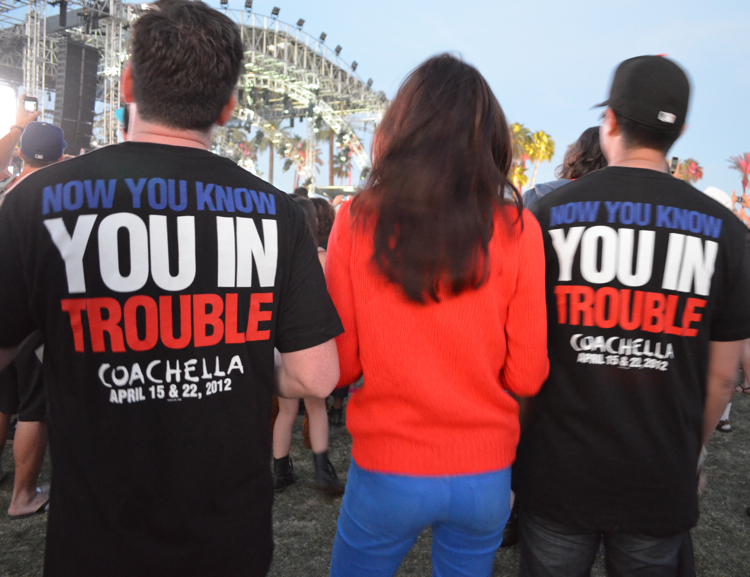 You know how you always laugh at those dudes who wear concert t-shirts to the concert? Yeah well, some shirts are too good not to. 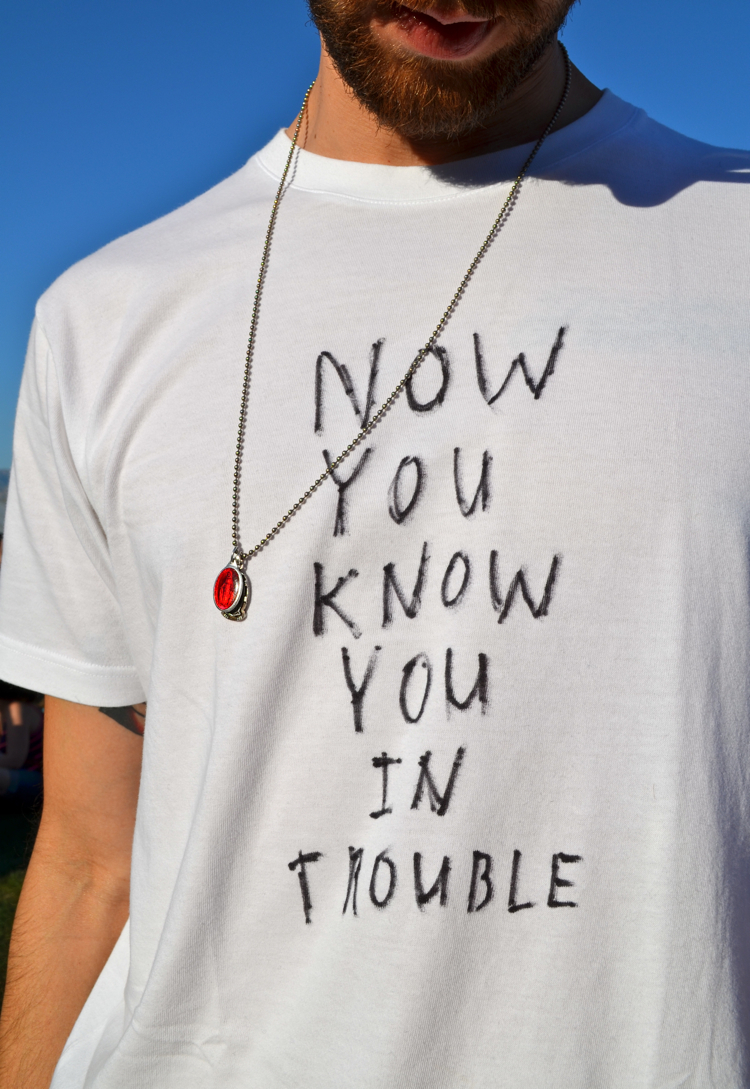 Even if it means you have to make one yourself. 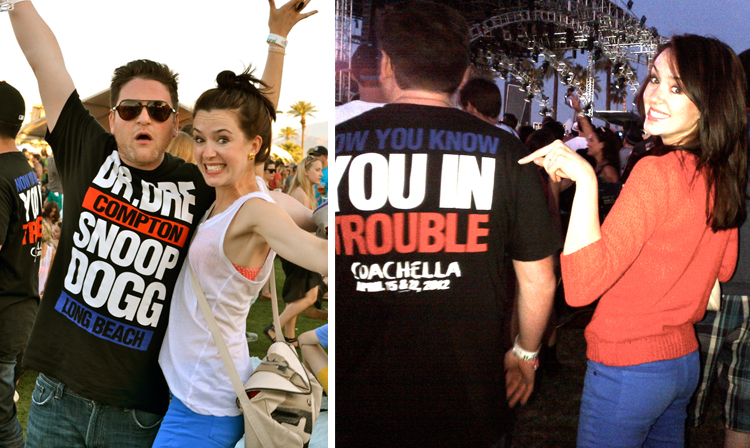 I’m jaded when it comes to rumours about people making an appearance via hologram (Terry Fox at the Opening Ceremonies of the 2010 Olympic Games, anyone?) and people making surprise appearances at Coachella in general (Daft Punk for the last three years, anyone?). So when I heard Tupac was going to make a guest appearance as a hologram I blew it off and was excited about the Eminem rumours (I like him. Please don’t laugh).

I should have believed the hype. This video of a holographic Tupac performing with Snoop is insane, but it doesn’t compare to how cool it was to see that hologram “live” on stage. From my vantage point, which, granted, wasn’t particularly close to the stage, it looked eerily real. And it left me wondering — what did Snoop see when he looked at the holograph from the stage? A cloud of Tupac-shaped smoke? 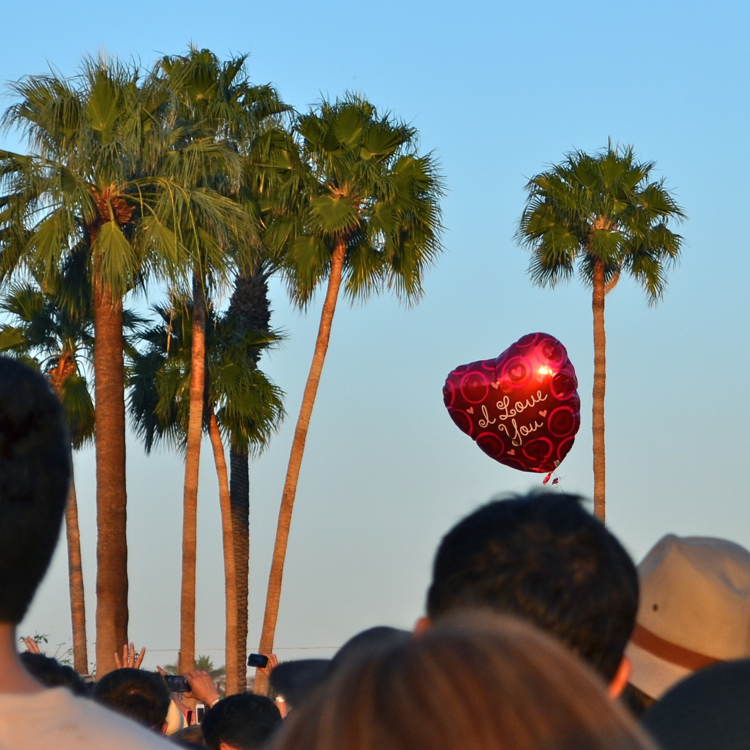 I suppose I’ll never know. What I do know is that I really do love you, Coachella.

P.S. I’ll be posting more festival photos on Facebook so like The Anthology and get ready to tag your friends.

The weird ones are the best

What is the secret to eternal chic-ness?