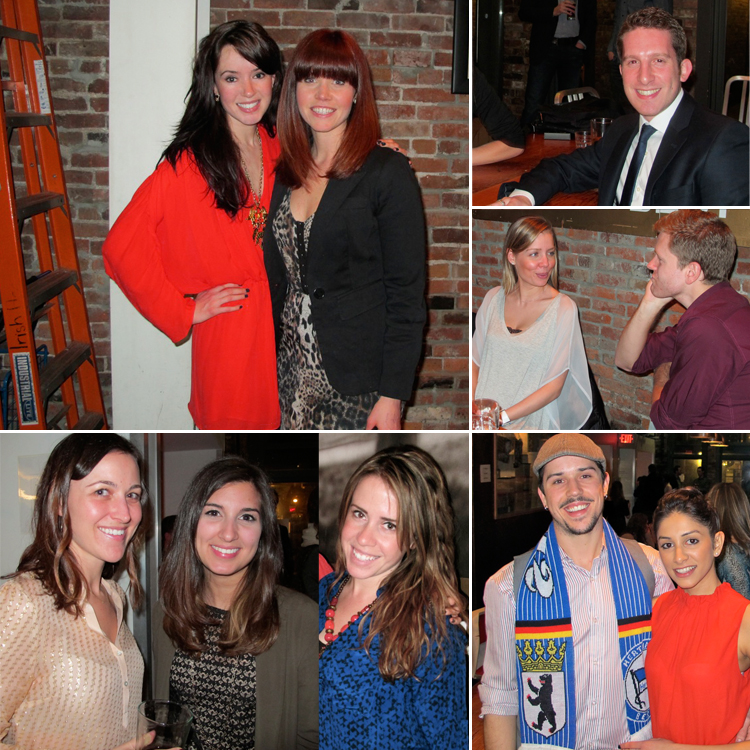 Vancouver’s the biggest small town in the world. And you don’t have to take my word for it — one of the Real Housewives of Vancouver said — and I quote — “Six degrees of separation? In Vancouver it’s, like, two. And it should be legal to marry a first cousin here.”

Ummmm…anyway…Thursday’s Social Feed x The Anthology was proof that everybody in this city knows everybody in this city. Tickets for the dinner hosted by yours truly at the Irish Heather sold out faster than any Social Feed event to date (LOVE you guys!) and it was packed with creative types, design enthusiasts and fashion lovers like (clockwise from top left) Style Council’s Sam Baxter, Jon Becker (with whom I lecture at SFU’s Continuing Studies Program), articling student Annie Stewart, Dave Waterman, Aritzia’s Kelly Moss, AG Hair’s Sam Shamash, Larissa Dundon (my sis), Bryce Dundon (my bro) and UBC student Jasleen Ghag. 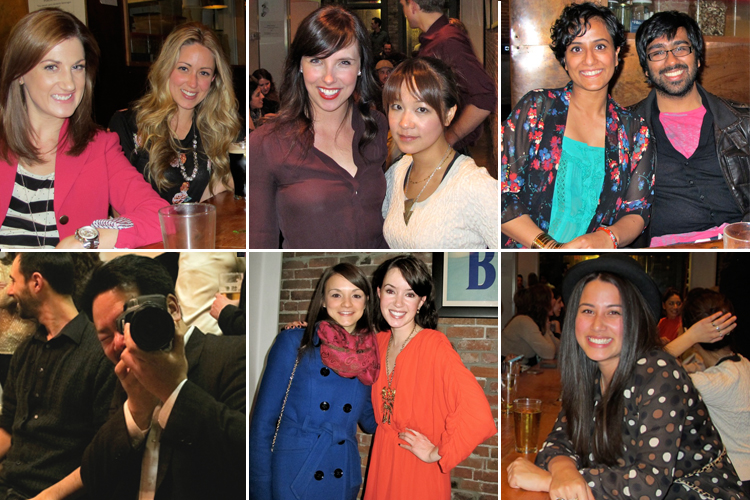 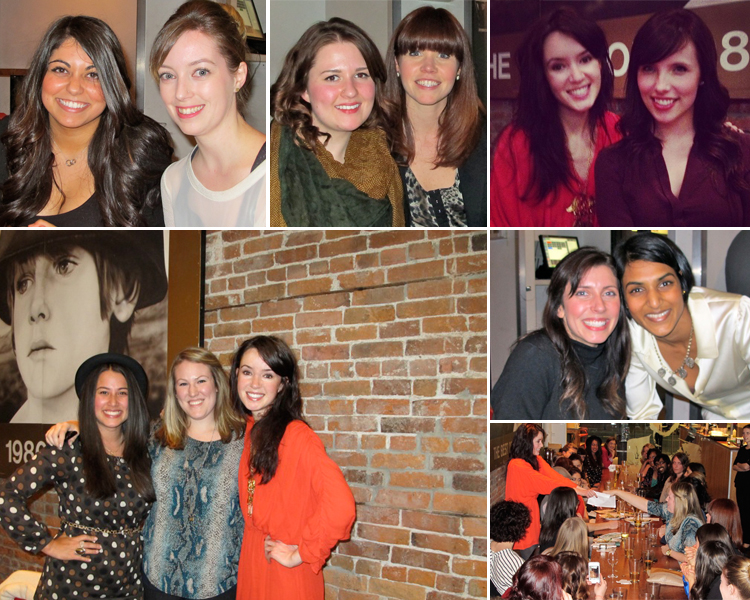 I loved seeing all of your beautiful faces! Clockwise from top left: Art Institute student Marina Fernandes, Lyndsay Tilston of Tonic Apparel, in the black on the second photo from the top is HootSuite’s Ashley Jane Brookes, and that’s Dress For Success Vancouver board member Liz Sperandeo beside me in the picture on the bottom left. (Eep! I know I’m missing a few of your names — send me an email and I’ll post them promptly!) 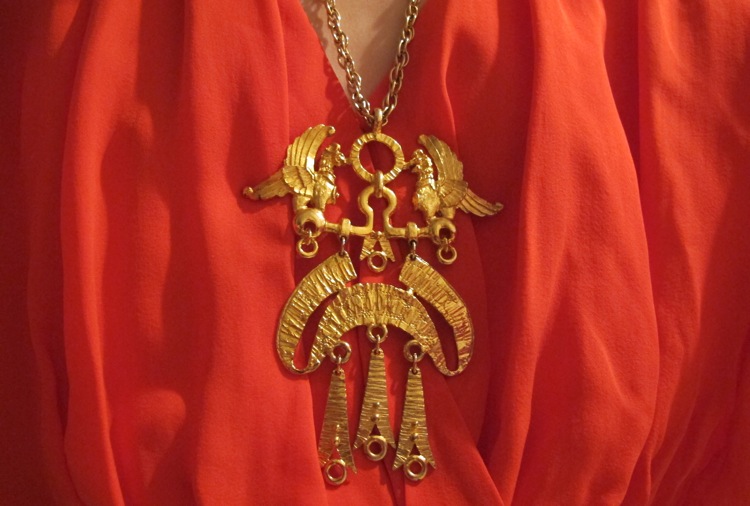 I wore a dress by Parker and a vintage necklace I found at the Brooklyn Flea when I was in NYC — I’m told it’s a sample that was made in the 1960s but was never widely launched because it was so difficult to reproduce, which makes it extra special in my eyes. Was it made around the time Elizabeth Taylor’s Cleopatra came out in 1963? I don’t know, but it definitely has an Egyptian influence. 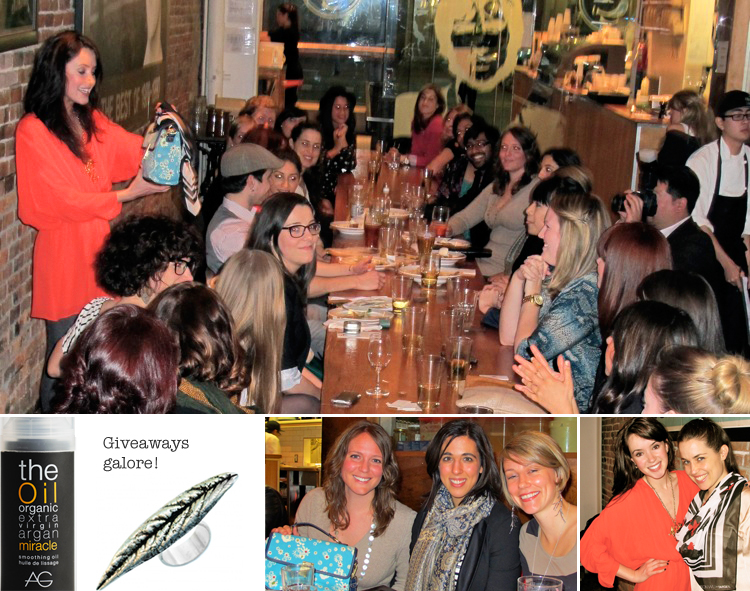 We went a little giveaway crazy! Everyone went home with AG Hair’s Organic Extra Virgin Argan Miracle Oil (love the stuff!), one lucky guest slipped on a sterling silver ring by Vancouver jewelry designer Justine Brooks’ (was tempted to keep it for myself!) and a couple ladies went home with some Jason Wu for Target goodies. Speaking of which, Liz Sperandeo picked the winner of The Anthology’s Jason Wu for Target giveaway and it was…Katya P.! Congratulations!

P.S. I’ll be posting more photos on The Anthology’s Facebook Diary so give it the old thumbs up!