Well I certainly wasn’t expecting this

As soon as Empire of the Sun took the outdoor stage at Coachella yesterday, things got weird. In the most entertaining way. 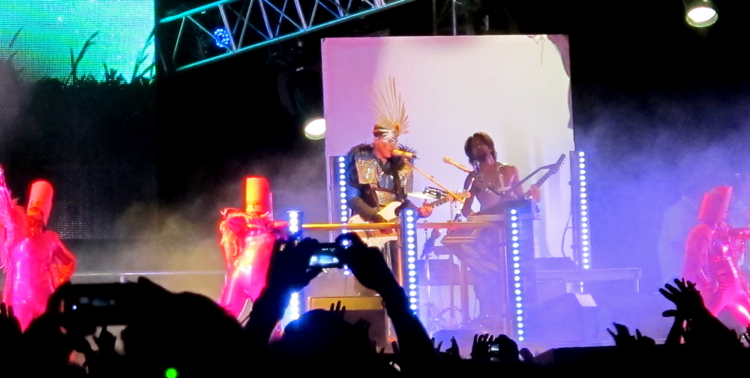 The Australian group’s show seemed to be sent straight from a Mayan-influenced 1980s future. And the crowd loved it. So much so, they really should have played the main stage — you need a lot of space to hold all that spectacle.

But that’s the beautiful thing about Coachella — it’s full of surprises. That, and during a bit of downtime you can see artists like Shpongle solely because you like the name. 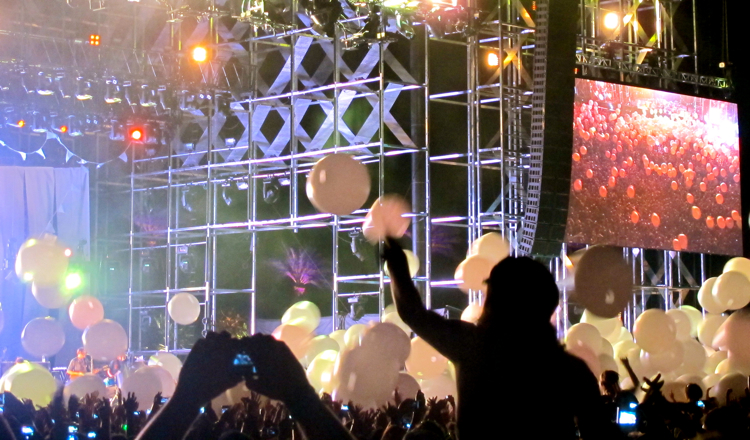 And if you’re lucky you just might walk home with one of the giant illuminated beach balls Arcade Fire dropped on the audience during the last few songs of their set. (I wasn’t one of the lucky ones.) Man, I love this festival.