It, according to  Leandra of the blog Man Repeller, is “outfitting oneself in a sartorially offensive way that will result in repelling members of the opposite sex.” 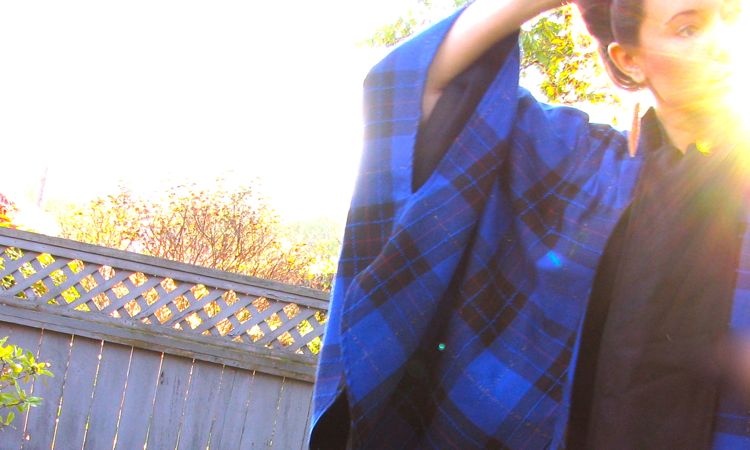 She lists harem pants and boyfriend jeans as a few examples. I’d like to add capes to the mix. Because if there’s one thing that’s going to baffle the opposite sex, it’s draping yourself in shapeless blue plaid. 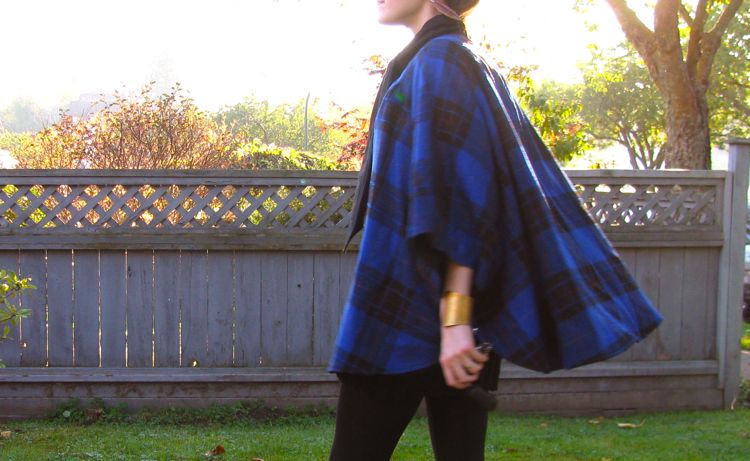 And this particular piece of shapeless blue plaid is vintage, which means there’s some old lady out there whose closet repelled this man repeller.

P.S. Have you heard? We’re giving away a silver necklace (that isn’t even close to being a man repeller).