Madama Butterfly, the memoirs of a geisha

What a way to end the season. Vancouver Opera’s take on Puccini’s classic Madama Butterfly is beautiful and brilliant, not to mention, brightly coloured. And I was there to blog all about it (nerd alert!). 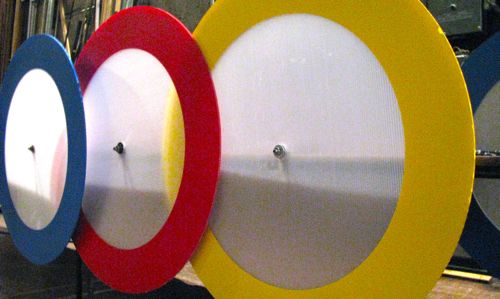 Before taking our seats, opera bloggers John, Gus, Stacey and I had a backstage tour. We weren’t allowed to touch (or twirl) these parasols, but let me tell ya — what looks like simple corrugated plastic backstage makes for dramatic props on stage. 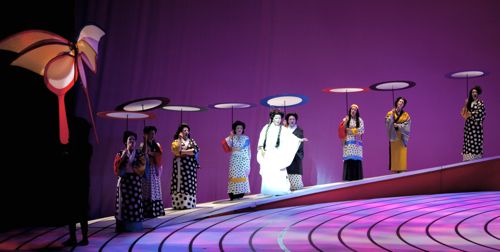 And I loved every psychedelic-shaped, primary-coloured inch of it. (Photo by Tim Matheson.) 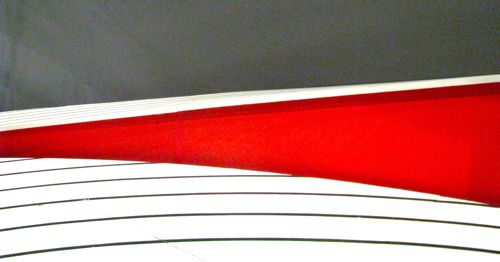 Looking like the set of a sixties game show (can’t you just envision it filled with dancers doing the Austin Powers?), the stage’s swirls have been known to cause vertigo in those sitting in the balcony.

But we were sitting front row, centre. (Surtitles be darned — sitting that close means you can see the singers’ throats quiver). 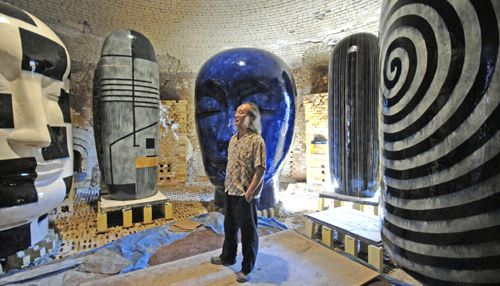 This visual spectacle is the work of set and costume-designer Jun Kaneko, a Japanese-born sculptor at the forefront of the contemporary ceramics movement. (Thanks, Vancouver Opera, for the photo.) 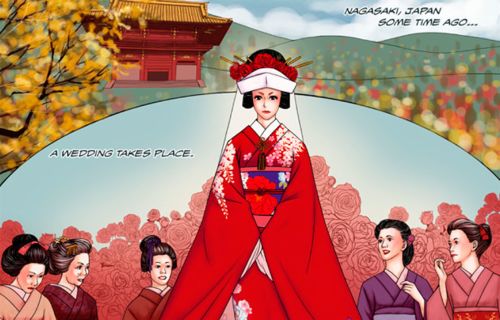 So what’s the story? A beautiful fifteen-year-old geisha falls in love with an American sailor and sacrifices everything for him — her family, her friends, her religion, you name it. He marries her, but then leaves to return to the States, (didn’t her mother warn her about guys like that?) and she gives birth to his ridiculously adorable child.

Three years later, he returns to Japan to take their son to the States, leaving Madama Butterfly behind. She is in such despair, she… well, I won’t ruin it for you. (Manga by Roy Husada.) 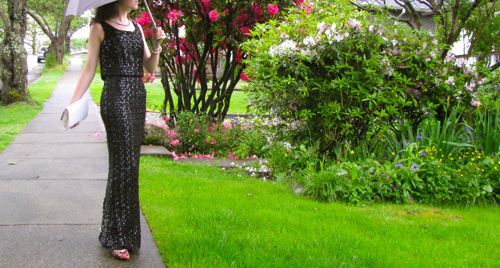 Coincidentally I wore a sixties dress, but less mod and more Aud(rey). And that means it’s official: I have not worn a single dress from this millennium to the opera this season. 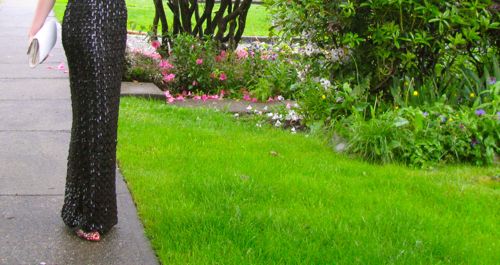 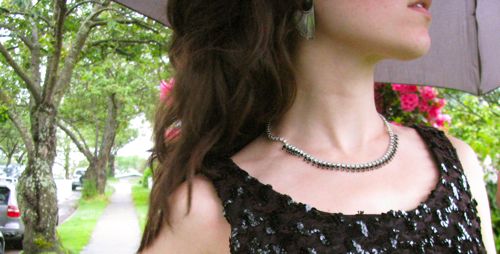 Even though this is the end of the opera season, my friends, there are still five performances of Madama Butterfly if you want to get in on it.