Love going for brunch with my girlfriends. Do it every chance I get (speaking of, what are you guys doing on Saturday?). 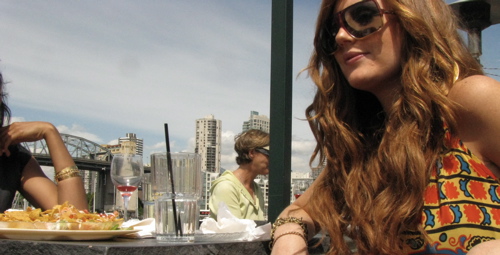 Last weekend, we went to Bridges on Granville Island (where I used to tend bar) which wouldn’t be unusual except that we went with MTV, thanks to my friend and favourite MTV host Jessi Cruickshank who was in town shooting a Jessi-comes-home-to-see-her-friends-and-family-then-goes-to-Tofino-and-learns-to-surf special.

She found her dress (love the print) in Toronto. 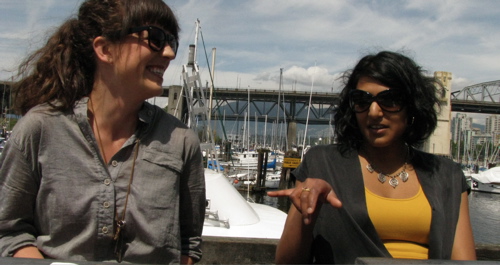 While everyone else wore summery clothes, I was buttoned up in my plaid LAMB jacket to protect my fair, fair skin from the bright, bright sun. 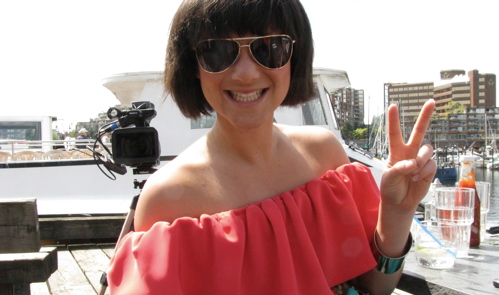 Laura’s dress is one she and her mom designed. And made. 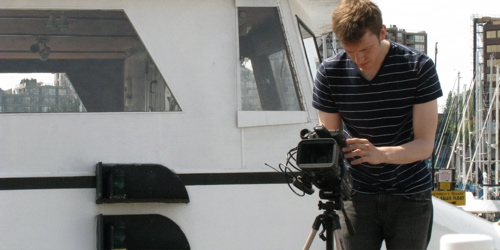 The whole thing was captured on film by MTV’s Jason who shot more than 13 hours of film over the weekend. Which means between that and our night at the Roxy, I’m placing my screen time at five seconds. Plus or minus three. 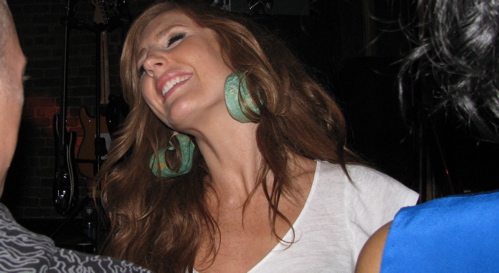 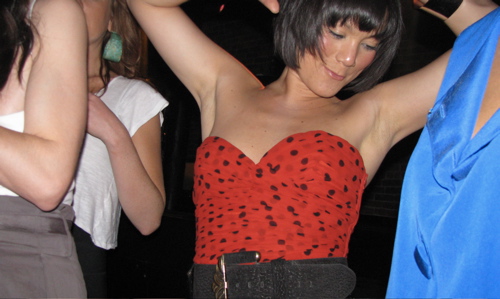 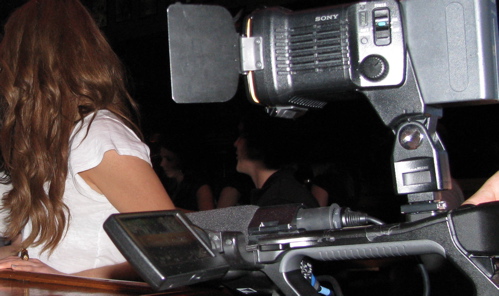 than a caprese salad.

If you use baby bocconcini, whole leaves of fresh basil and cherry tomatoes, you don’t have to chop a thing. My sister’s served it shish kabob-style on a toothpick but I didn’t have any so I opted for a shot glass — something I do have plenty of. 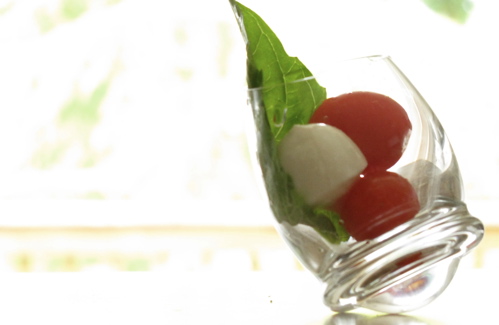 If you drizzle it in balsamic reduction, it’s probably the best, most summery salad in the world — I’ve included a recipe after the jump.

END_OF_DOCUMENT_TOKEN_TO_BE_REPLACED

I’m not much of a do-it-myselfer

I prefer to ask people who are actually talented with sewing machines, glue guns and millgrain lathe tools to create things for me. So this week will be all about those custom-made pieces.

Like this dress I had made out of raw silk, the world’s most beautiful fabric.

I’m actually looking for another excuse to wear it.

Where would you sport it? Grocery shopping?

I owe this outfit to two people

Sonja, for insisting I buy a jumpsuit. And Melissa, who introduced me to Pesky Peacocks where I got it.

I should also thank my ma and sis for the necklace I’m wearing — I made it using my mom’s pendant from the sixties and pretty, pretty stones from my sister’s collection.

With all the vintage furs and brooches and shawls at the opera (are they considered vintage if you bought them  new 40 years ago?), this dress begged to be worn.

I got it at Deluxe Junk in gastown last summer.

And had it shortened significantly so I could wear it in LA.

I can’t think of a prettier way to set a table than to use mismatched antique china. I just need to start working on my collection of dinner plates.

Some of these teacups belonged to my grandma, some belonged to other people’s grandmas. All are absolutely beautiful.

Susan’s worked her magic on my vintage dress.

I’m going to be wearing this thing a lot.