Style | Rising to the 81 lb. Challenge 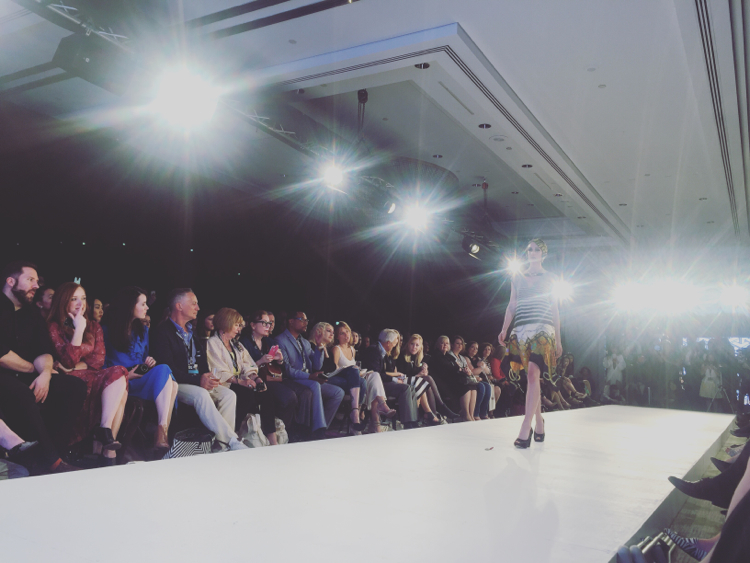 Eighty-one pounds doesn’t sound like much – the weight of a seventh-grader, maybe – but 81 pounds is the average weight of clothing a single North American discards in a year.

When you see just how much clothing that is, it’s rather alarming. Especially if you’re one of the fashion students at VCAD who took part in Eco Fashion Week’s 81 lb. Challenge, creating an entire collection out of pieces thrifted from Value Village.

“A few weeks back we were at 15 looks and we weighed them and they were only around 20 pounds,” says Alanis Anne Alindogan, a VCAD student. “We were like ‘61 more to go? How are we supposed to do that?’” 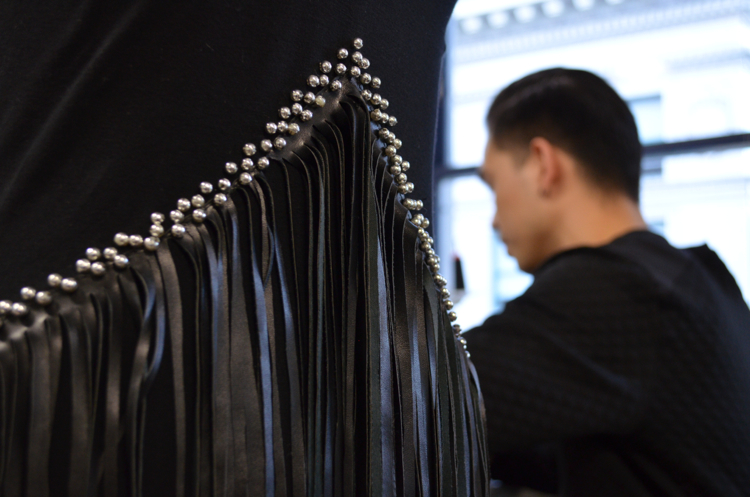 In previous iterations of Eco Fashion Week — it’s now in its 10th season –individual designers like Carlie Wong, Tammy Joe and Kim Cathers took on what used to be the 68 lb. Challenge. But studies indicate North Americans are discarding more clothing than ever, adding to the fashion industry’s already forceful environmental impact, something Eco Fashion Week founder and president Myriam Laroche hopes to change.

“One way for the industry to be eco – because there’s not just one way, there are hundreds of ways – could be reusing zippers or reusing sleeves,” says Laroche. “The 81 lb. Challenge makes me see the reality of what it would take to integrate secondhand clothing into new clothing.” 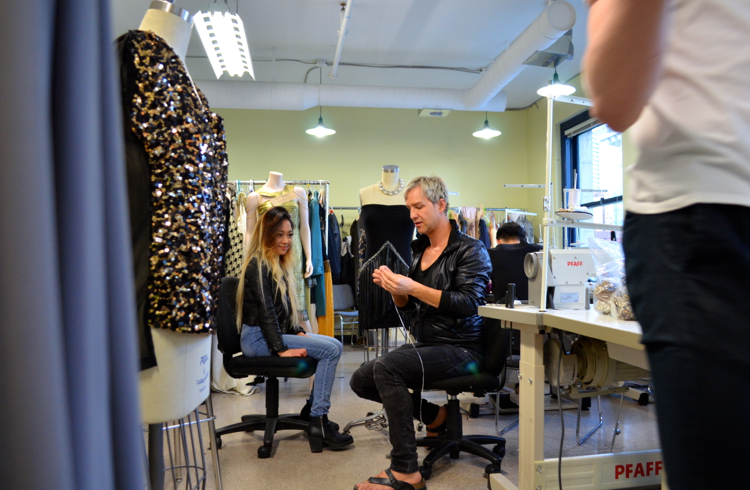 The 81 lb. Challenge was overseen by industry leaders Glencora Twigg, Wen-chee Liu and Jason Matlo, whose own 10th anniversary collection was created from fabric remnants leftover from previous seasons, a challenge in its own right.

“There’s a perception around sustainable clothing that it’s really hippy so I wanted to elevate it to something ultraglamourous,” says Matlo. “It can be sustainable and high fashion.” 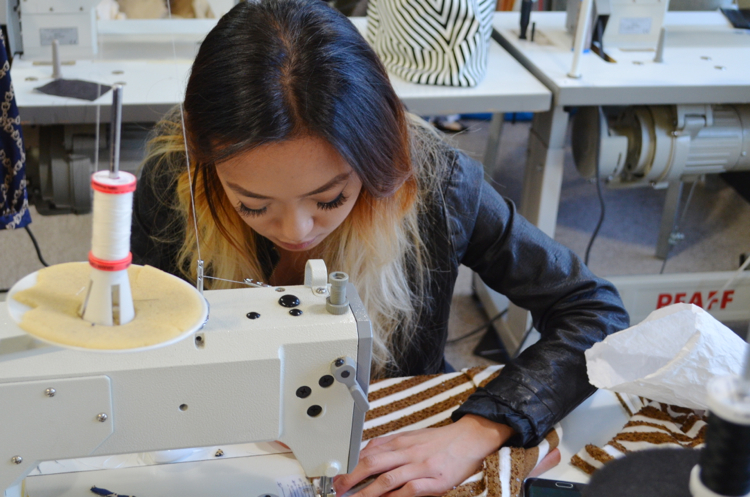 In a way, sourcing pieces for the 81 lb. Challenge isn’t all that different from thrift shopping for fun.

During their first excursion to Value Village, the design team surveyed the sartorial landscape, searching for visual themes in order to create a cohesive collection that would like it was designed by a single designer with a clear creative vision, rather than a team of eight up-and-comers with their own distinct viewpoints.

“We were looking for something with a good structure, a nice silhouette. Something that didn’t have to be broken down and reworked into a new product. Maybe we’d find a nice dress shirt but the sleeves needed to be chopped, the neckline needed to be dropped,” says Hayes. “We’d upcycle it.”

After surveying their picks back at the studio, that theme began to crystalize.

“We came up with the idea to do a ‘20s collection: we had all these colours and prints, we had a lot of silhouettes that fell from the shoulder,” says Dillon Hayes, who graduated from VCAD just days before the 81 lb. Challenge show. “We pulled four more times, knowing what we were looking for.”

The designers expanded their search beyond Value Village’s clothing racks too; sourcing jewelry to use as shoulder straps, bedspreads to use as material, even a set of curtains, which in true Scarlett O’Hara fashion, Hayes reworked into a dress. 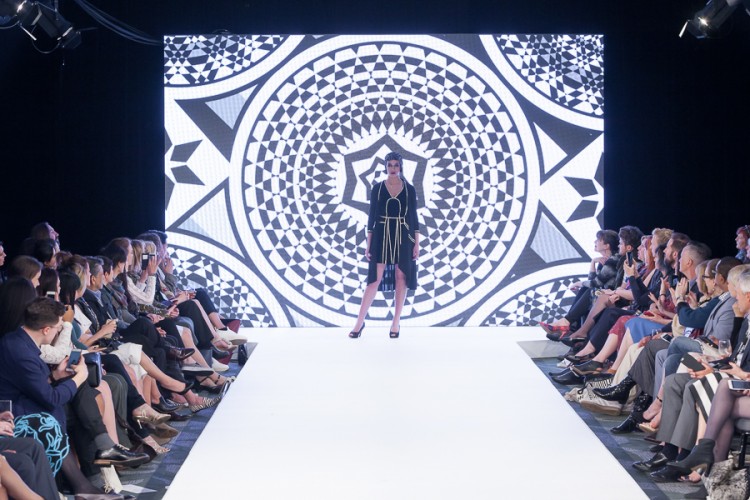 “Sometimes when we’d make things we’d go, ‘Hmmm this is too plain, what can we add?’” says Alindogan. In one case, she sewed a leather fringe crafted from the sleeves of a sweater, edged with a row of beads she took off a Christmas sweater.

The showstopper was a silver gown with a high-low hem and jeweled halter neckline, a piece Hayes created out of a lightweight satin duvet cover.

“The way it walked on the runway was surreal,” Hayes says. “It fluttered like a butterfly.”

“When it was said and done, looking at the models in full hair and makeup, seeing the transformation we pulled off in such a short period of time,” says Hayes. “I have no words.”