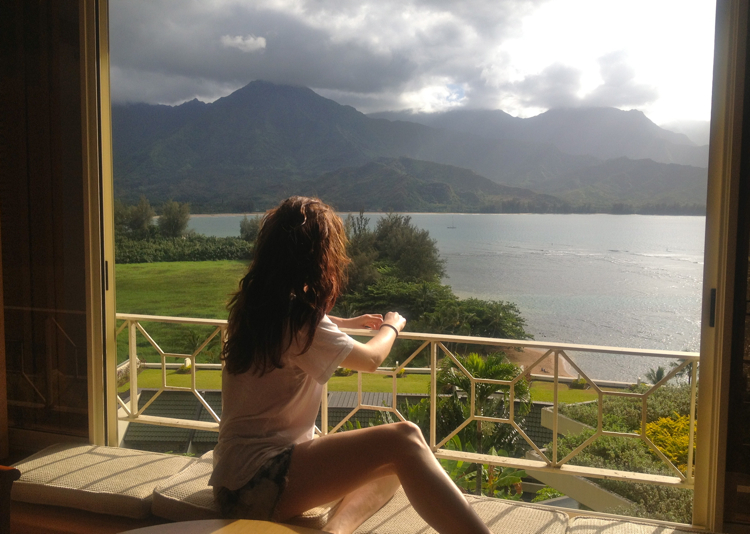 The life of a beach bum has long intrigued me. I love the idea of hauling a board on top of a VW van that’s older than I am, spending my days paced by the rhythm of the waves, and leading the kind of lifestyle that inspired the “No shoes, no shirt, no service” signs.

But I’m hardly a beach bum.

When I was on the North Shore of Kauai I stayed at the St. Regis Princeville (stregisprinceville.com) a five-star resort built into a cliff overlooking the straight-out-of-a-postcard Hanalei Bay. I spent long, lazy days by the beach getting up only for a massage at the Halele’a Spa, dinner reservation at the Kauai Grill or toast on the bar terrace to watch the sun set over the Na Pali Coast.

It was the view from my butler-serviced suite that prompted me to get on a board. As I threw open the shutters each morning I saw a dozen or so standup paddle boarders surfing on the small waves that crashed over the reef. 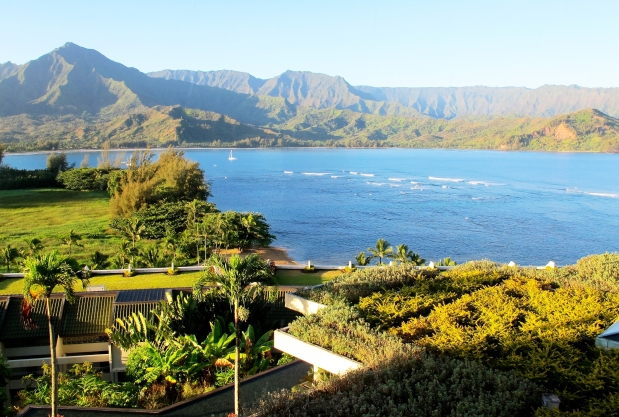 Standup paddle boarding differs from surfing in that you use a paddle to propel yourself on a board that’s wider and more stable than a surfboard. I was told it’s much easier to learn. Also, that it’s a great workout.

So that afternoon I decided to join the paddle boarders on Hanalei Bay. I rented a standup paddle board from the St. Regis’ well-equipped rec shop. After a quick onshore tutorial, I harnessed the board’s leash to my ankle and shoved off.

It took only a few wobbly minutes before I was comfortable navigating the waves and current that pushed me from the resort’s beach toward the town of Hanalei.

I paddled around the corner, past the mouth of the Hanalei River, and sat down on my board to rest a few minutes near the pier that juts out between the houses that line the beach.

Kauai’s rivers are famously navigable so I doubled back toward the eddies that formed at the mouth of Hanalei River. The channel is wide, shallow and slow-moving. Still, I struggled against the gentle current as I paddled upstream.

Though the river was not as clear as the ocean, it revealed fish and the occasional turtle. Its banks are lined with lush grasses and trees that dropped yellow and orange flower blossoms onto the water. 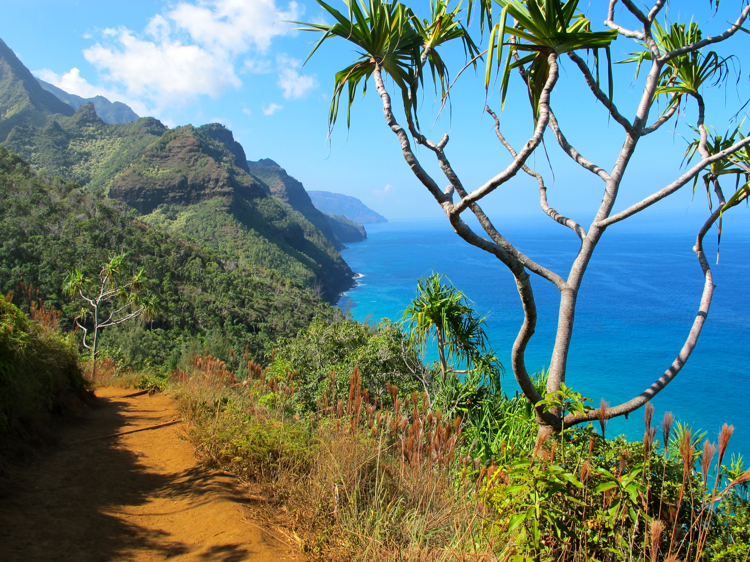 It was quiet, save for the intermittent cry of the roosters that are prevalent in Kauai, thanks to a lack of predators like mongoose that they face on the other major Hawaiian Islands.

Between the core muscles it takes to balance the board and the upper body strength it takes to propel it, I was working up quite an appetite so when I arrived at Na Pali Outfitters, napalikayak.com, I docked my board and walked barefoot along the road to Hanalei’s main drag. The town is touristy, but gently so — it lacks major chains, except for surf brands Roxy and Quiksilver.

I arrived at Tropical Taco, tropicaltaco.com, without shoes or a proper shirt and scanned the menu for a meal I could actually afford with the scant funds I had with me. As I unfolded my soggy dollar bills I realized I wasn’t that far from living the life of a beach bum after all.

Give | Spreading the Valentine’s Day Love