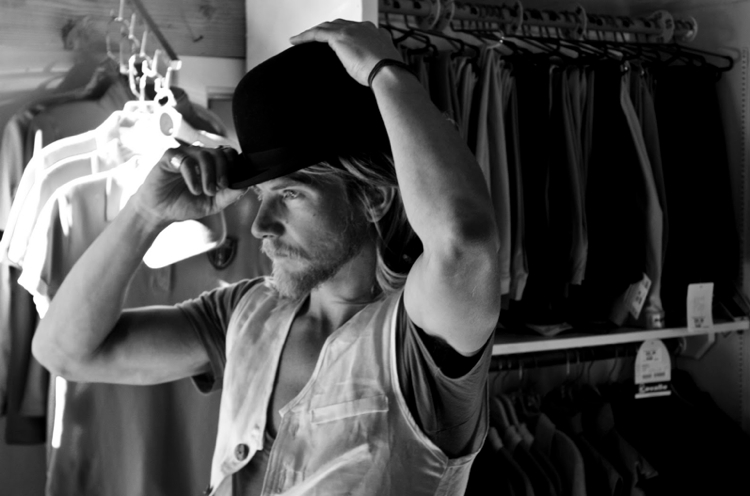 Jeff Garner may look the part of Australian surfer dude (a role he once played in a Barbie commercial, no less), but he is every bit the Southern gentleman — all charm and chattiness, even in the middle of a model fitting. The man behind Prophetik, a sustainable, organic design house, Garner grew up on a horse farm in Franklin, Tennessee; the same farm he now lives on when he’s not dressing celebrities in LA, showing at London Fashion Week or headlining Eco Fashion Week in Vancouver.

Garner has been in the fashion world for nearly a decade, but truly captured the attention of editors and fashion fans this spring when he dressed Esperanza Spalding for the Oscar red carpet. His silver-blue gown earned the singer a spot on Vogue’s Top 10 best dressed list alongside a Tom Ford-clad Gwyneth Paltrow and a Louis Vuitton-wearing Michelle Williams.

“That was an unforeseen blessing – to be an unknown brand on a newly recognized artist,” he said. “We were the underdogs in that running.” 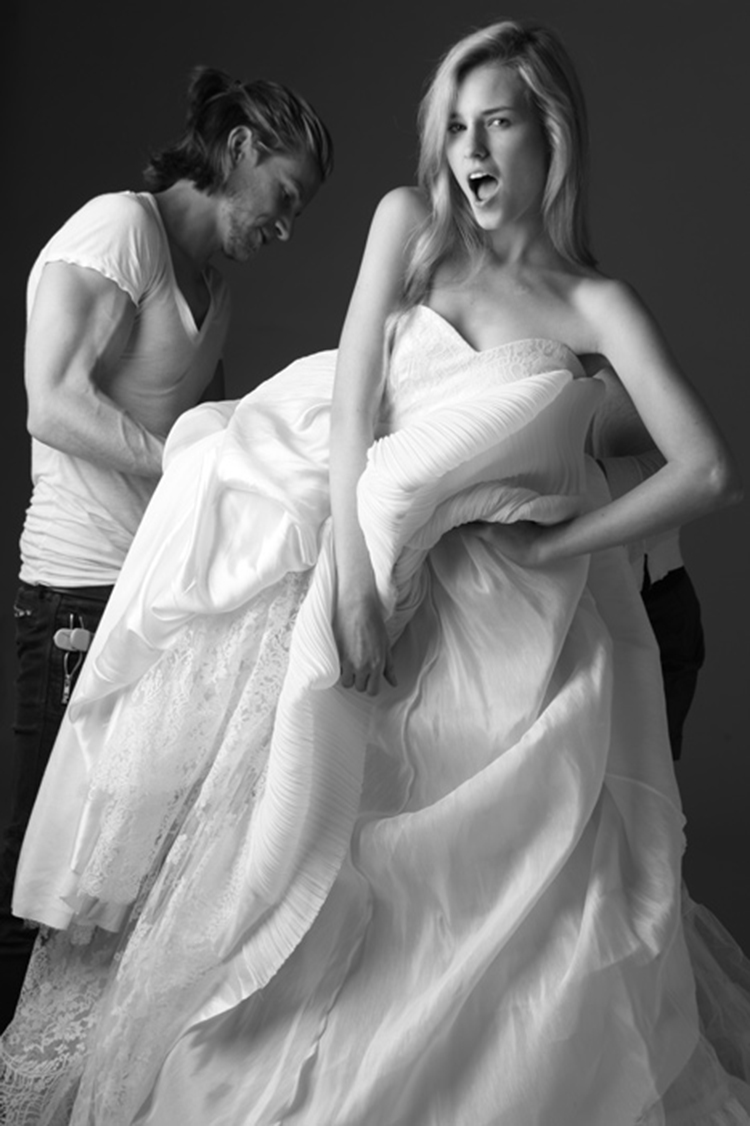 How did the designer go from horseshoes to Hollywood? Instead of following in his family’s military footsteps and accepting a full-ride scholarship to West Point Academy, Garner packed up his Jeep, drove to LA and dove right into all things sartorial, only to discover it wasn’t what he thought it would be.

“I realized very quickly that I myself didn’t even want to go into some of the places in which we were dying and cutting and sewing,” he said. “It was just nasty – the place itself, the working conditions, the way people were treated – and I came out of there with a feeling that I didn’t want to be a part of this.”

“I either had to stop doing what I loved or I had to do it another way.”

He chose the latter.

Treating eco-friendly fabrics like hemp with organic dyes, Garner creates sustainable fashion which he shows in theatrical style on runways the world over. Live music figures prominently in his shows, as it does in his life — he’s dressed the likes of Miley Cyrus, Kings of Leon and Jonas Brothers and grew up surrounded by friends in Nashville’s music industry.

“My buddies and I used to sit around in guitar circles and jam and write songs. When they asked me to be in a band I said No way, but I’ll dress you. And that’s how it all began.”

Jeff Garner’s Prophetik headlines Eco Fashion Week in Vancouver tonight. On Sunday, April 15th, his newest collection will be available on eBay.ca as part of a Green Option. And yes, that includes the dress he created for Esperanza Spalding for the Oscars.

The ball has dropped

Trippin’ | Heli-hiking in the Bugaboos

Because I’m kind of an old woman at heart