Linked | TEDxVancouver, I am Downtown, Wu Lyf and more… 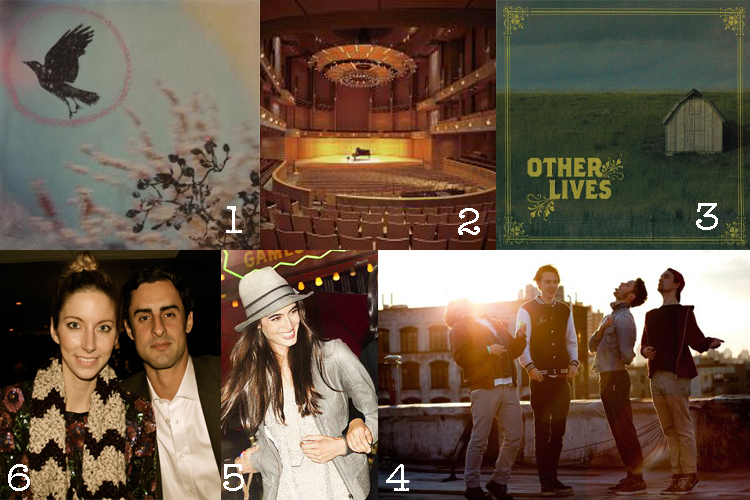 1. Art attack. The Eastside Culture Crawl’s 15th anniversary is coming up and there’s no better way to spend it than by creeping through artists’ studios, which is exactly what I’ll be doing November 18 – 20.

2. Ideas worth spreading. TEDxVancouver hits UBC’s Chan Centre tomorrow. I’ll be there bright and early with a triple shot of espresso in hand. Will you? There are still a few tickets left.

3. Rock out. Other Lives, the band that blew me away when they opened for Bon Iver at the Orpheum a couple months ago, will be playing the Media Club on Friday, December 9.

4. Rock out some more. New Jersey’s Wu Lyf will be bringing their husky-voiced indie pop to the Electric Owl on Friday, November 18.

5. I am downtown. Not literally, mind you, but on Wednesday, November 16, Pacific Centre will be hosting a shopping event and you’re all invited.

6. Warm up. Kove x The Anthology giveaway winner Kelsey Klassen wore her chevron scarf to shoot Vancouver Fashion Week. How much do you love it with that printed top? Soooooooooooo much!

Movamber alert. The ladies who started a fundraising campaign for the fight against prostate cancer were aiming for $5,000 and have upped that to $10,000 thanks to all your support. Donate here.

Plus (see what I did there?) The Anthology’s now on Google+ See ya there!

Bookmark | Of Another Fashion