Diary | Cocktails with the Ladies of Vancouver Fashion Showcase 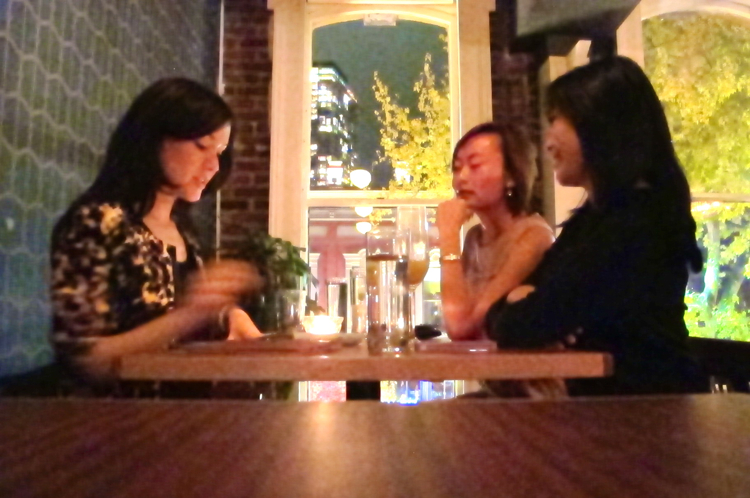 “I’m entrepreneurial in nature,” says Vancouver Fashion Showcase founder Florence Leung when I met up with her at the Diamond a few weeks ago. She said she’d been working since 7:00 am that morning, wasn’t going to stop until well after we finished our chat, and yet she was as chipper as ever. That’s got to be because she has a team of eight dedicated volunteers, like Rita Fung (far right), who have been pounding the pavement — and the keyboard — to pull together this weekend’s four-day celebration of Vancouver retailers.

“I find the local retailers are the ones that are most unique. I love when people ask Where’d you get that?” says Leung.

“If you’re just focusing on the designers, you’re not necessarily helping the retailers that sell them so we were looking to partner with retailers that are uniquely Vancouver. We went in and were like ‘We appreciate what you do.’ I don’t think they’d ever heard of someone focusing on local in that way.”

Vancouver Fashion Showcase brings together 30 retailers (including those featured in The Anthology’s wish list) for four days of parties, contests and shopping from December 1-4. If it sounds a little like Fashion’s Night Out, that’s intentional; Leung is toying with the idea of bringing FNO to Vancouver in the fall of 2012.

“Because I’m more business oriented, if I pushed more sales this weekend I’d consider that a success.” It doesn’t hurt that she’s aiming to raise between $5,000 and $10,000 for Dress for Success Vancouver while she does so.

After | The Flowy Floral Dress

Wear It Well | When It Rains