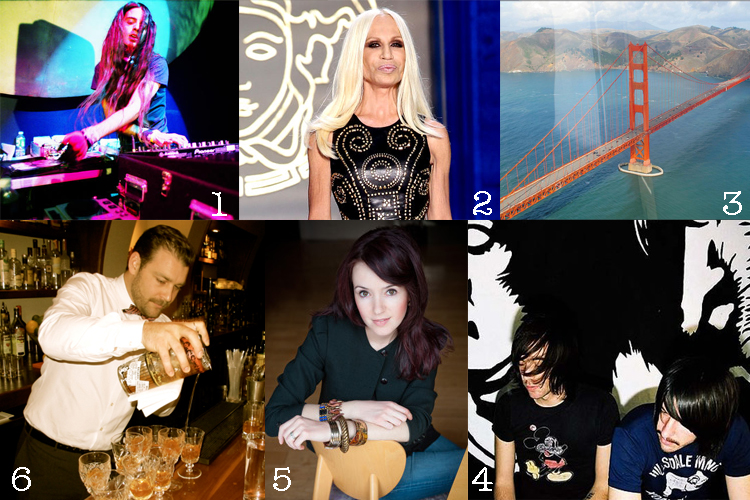 1. Dance party! Is it dub step, electronica, punk or all of the above? Who’s to say. One thing’s for sure — California’s Bassnectar will be performing at the PNE Forum on Friday, November 18th.

3. You may have driven over it, but have you ever flown under the Golden Gate Bridge? I took a helicopter tour for the Province and nearly left my lunch in San Francisco.

4. Look up. It seems the minute there’s word of a Death from Above 1979 show it sells out. The on-again off-again Toronto-based duo will be bringing their raucous show to the Commodore not once, but twice — Sunday, November 20 and Monday, November 21.

5. Boot Camp! Of the social media variety. If you nabbed a spot before it sold out, you’ll get to see me put on my professional face (see above) and speak alongside Liv Hung and Jon Becker this Saturday at SFU’s Social Media Boot Camp.