Awards shows are all about the red carpet. The dresses, the jewels, the couples gossip. Too. Much. Fun.

Even with all the glamour and glitz of recent shows, there were some clear winners in the spectacular dress category. And the awards go to… 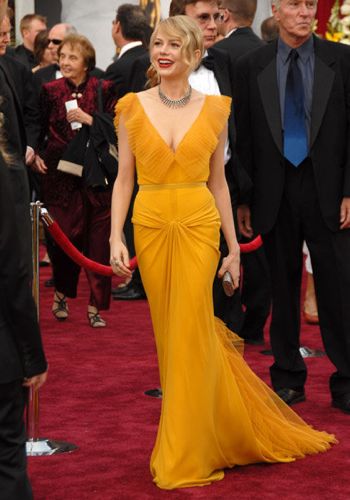 Michelle Williams at the 2006 Oscars in Vera Wang — makes me wish I could wear yellow (I can’t. I look like a zombie). Image found here. 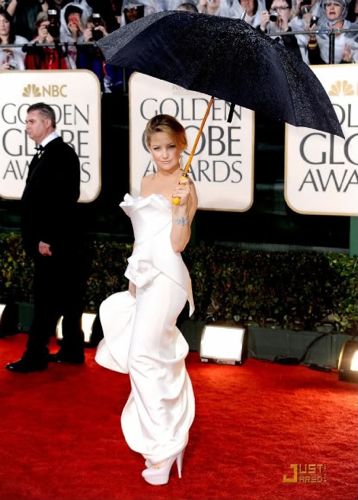 Kate Hudson at this year’s Golden Globes in Marchesa — my favourite part about this shot? The umbrella. So Vancouver. Image found here.

Cameron Diaz in Dior by John Galliano at the Metropolitan Museum of Art’s 2007 Costume Institute Gala in New York — the woman pulls off pink and turquoise without looking all prom-y. Photo found here. 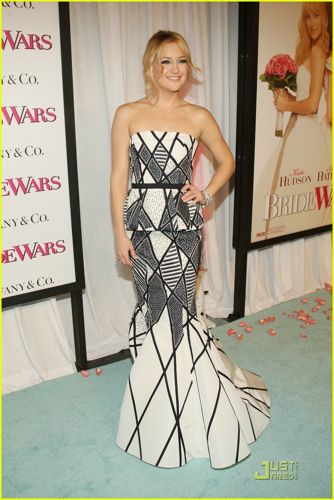 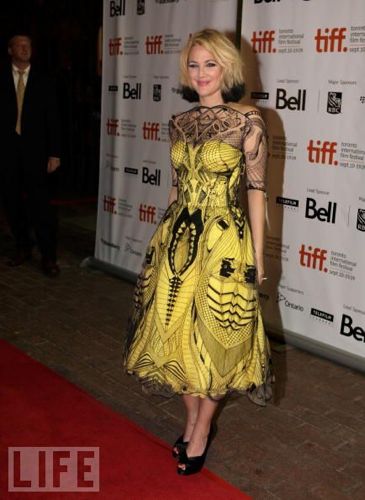 Drew Barrymore in Alexander McQueen at the Toronto International Film Festival in 2009 — love her, loved him (such a genius). Image found here.

So who’s going to be best dressed at the Academy Awards on Sunday? And how amazing are the hosts going to be? Steve Martin + Alec Baldwin = good television (did you see that episode of 30 Rock?).

Will you be watching for the dresses, the hosts or the movies?

What would you wear to a tea party?