I knew quite a few people involved in the film – the co-director Phil Lyall, the animators at Sequence, the composer Adam Locke-Norton. And it was through the film that I felt like I got to know Eva Markvoort. Or at least, I got to know her battle with Cystic Fibrosis.

And it was very, very hard to watch. 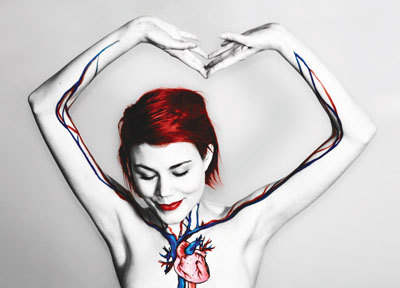 I cannot even imagine how difficult it is for her.

Yet she remained such a bright and charismatic and positive person through the good, the bad and the painful. Which made it the most powerful film I’ve seen.

I’m just thankful I knew so many people involved (y’all did such a good job!) because I would have never had the fortitude to see it if I didn’t. Eva is a warrior. I am a wuss.

65_RedRoses airs on November 16th on CBC’s Passionate Eye (10pm Pacific). Watch it. If only because it will compel you to sign that donor registration card and change BC’s status as the province with the lowest number of organ donors in Canada.

Twenty-seven years after it was made

Style | Me to We Rafiki Chain