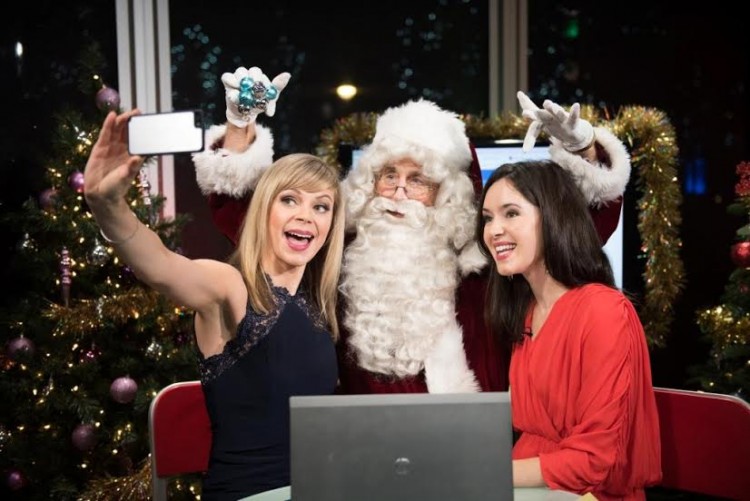 Y’all are a generous bunch. Thanks to you, we raised a whopping $6,250,016 for BC Easter Seals at Timmy’s Christmas Telethon this year.

THANK YOU!!! And thank you, Team Easter Seals for having me again this year! I always have so much fun. 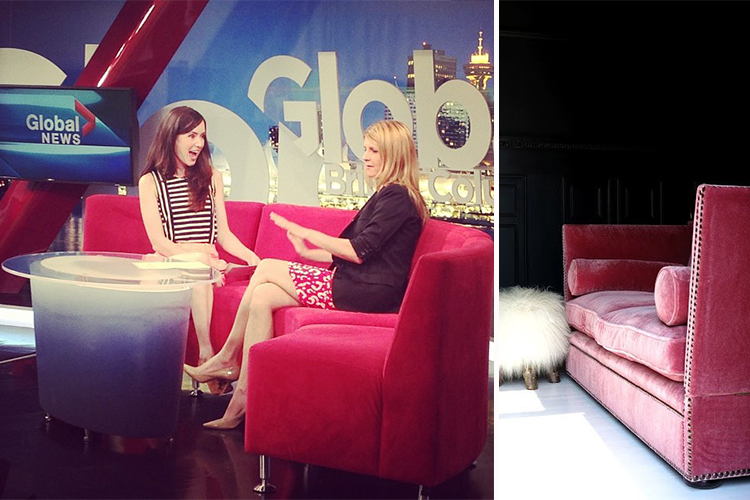 Talking trends on a big red couch at Global BC (watch my trend segment here) + a modern fuchsia couch I’d love in my living room. 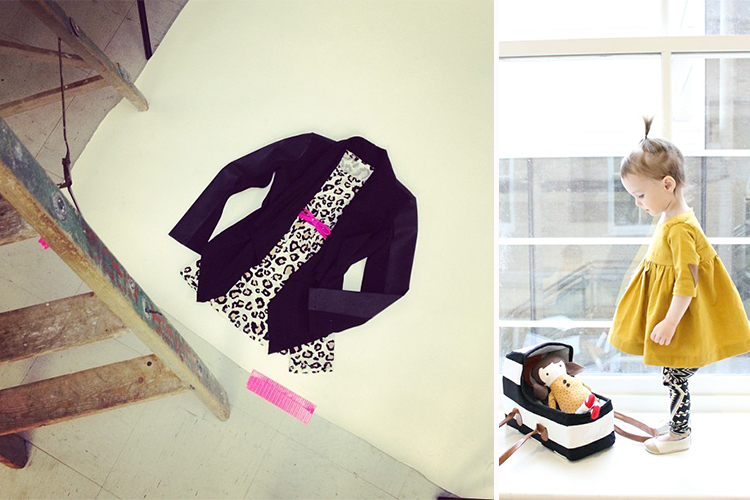 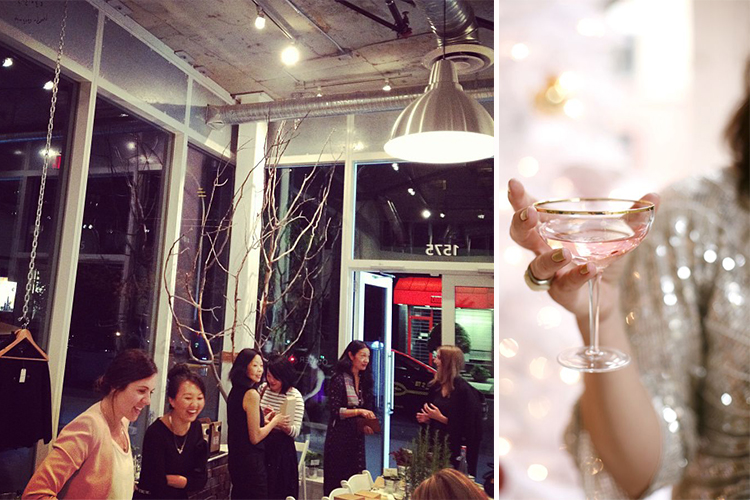 Party! A media dinner hosted at Oliver and Lilly’s and catered by Farmer’s Apprentice + a holiday-ready celebration. 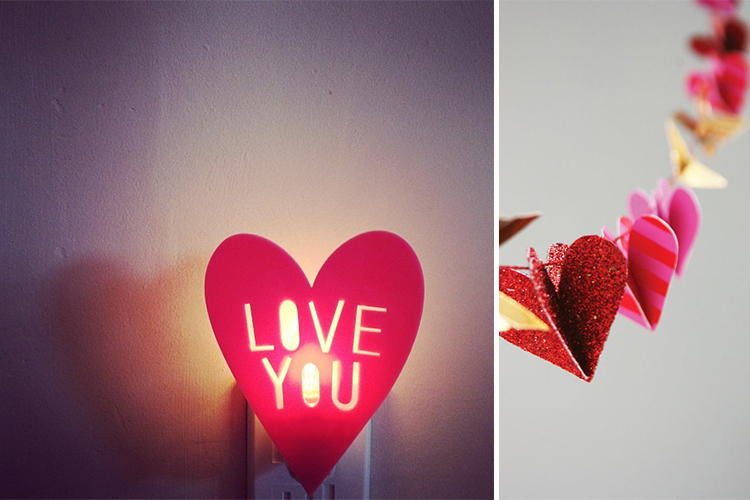 Queen of hearts. A nightlight I found on Etsy + a lovely garland. 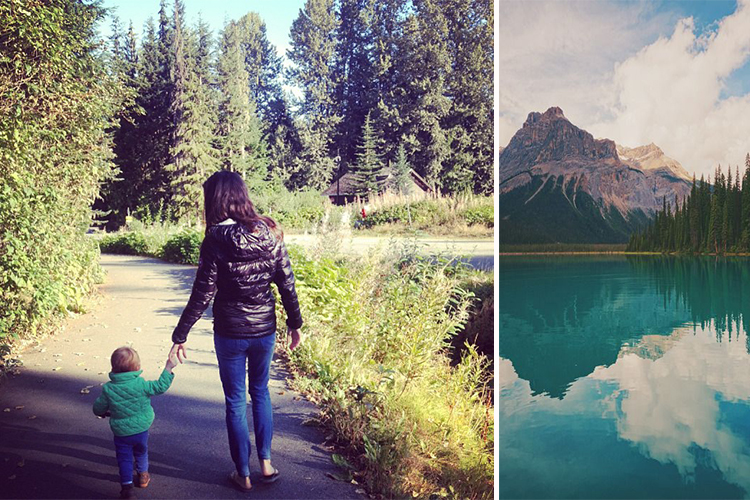 Mountain women. A walk to Lost Lake in Whistler + another picturesque mountain somewhere in BC. 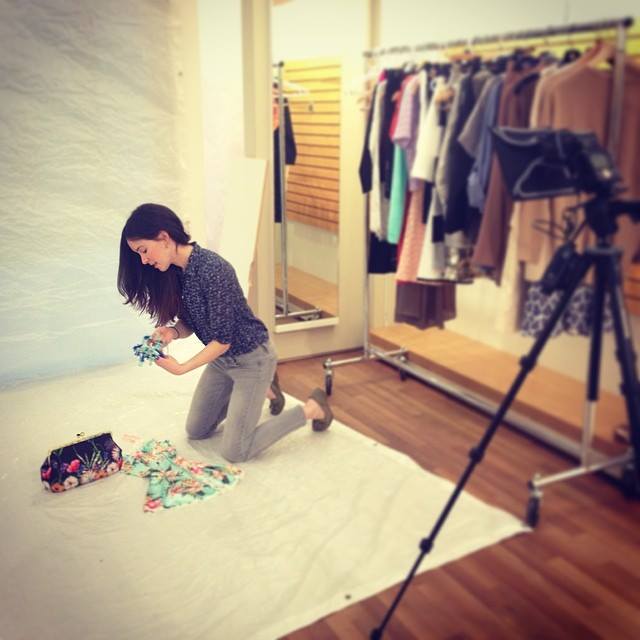 It’s a jungle out there. And in here. I spent the last few days shooting a spring style series for The Province at Metropolis at Metrotown. In this particular shot we’re shooting part of a very jungly, very tropical, very floral spread. There will be eight in total, all of them running in April. 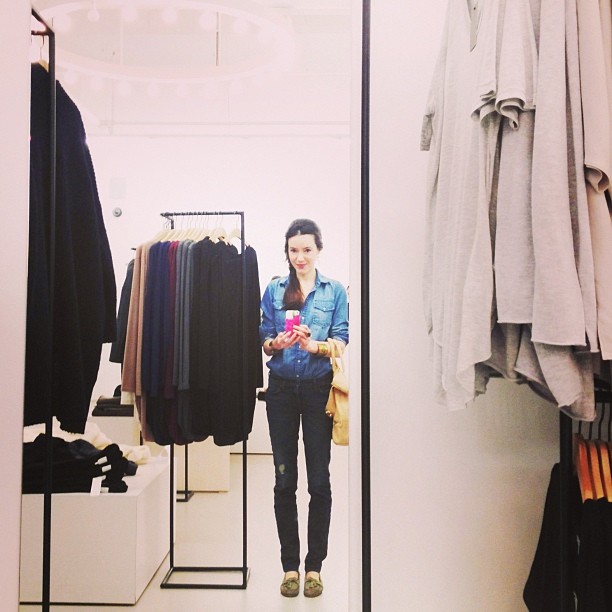 I haven’t even counted how many pieces we shot. But it was a lot. Trust. And I can’t wait to see the finished product!

[First photo by Vanessa Choot for Metropolis at Metrotown — thank you!]

Diary | My 12 Days of Entourage 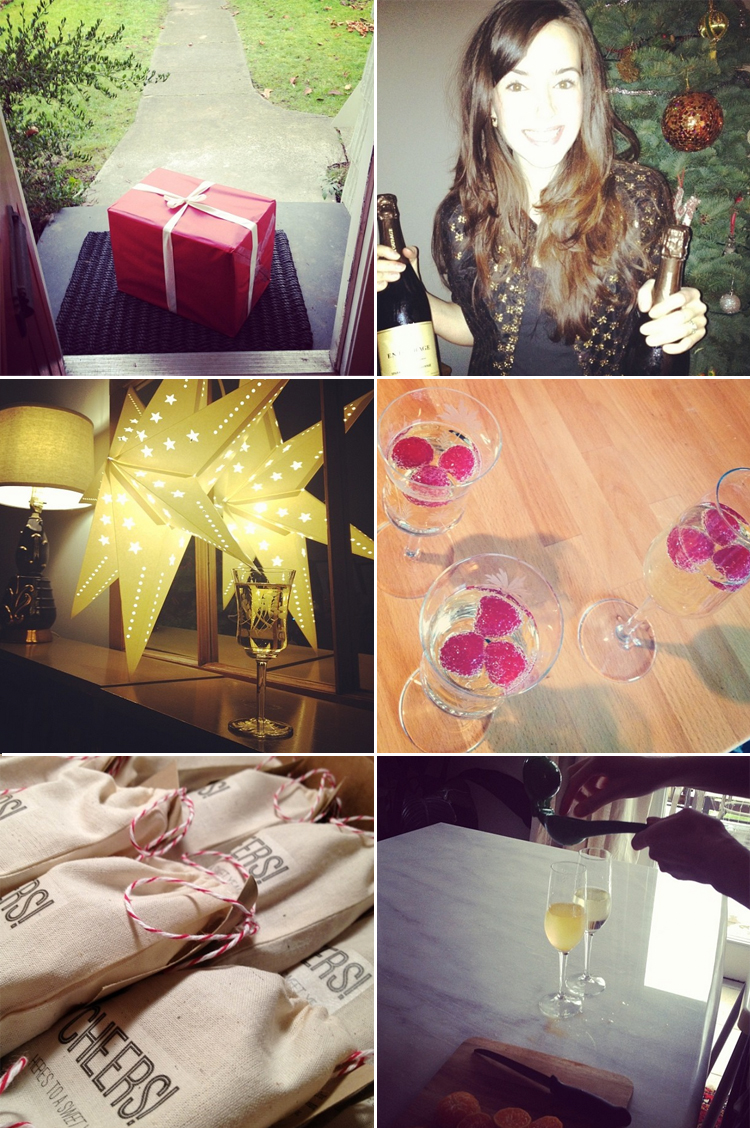 Party season is the best season. After Jackson-Triggs  sent me a case of their Entourage Sparkling Wine (thanks, guys!) I brought bottles of cheer with me everywhere. And I’ve got the pictures to prove it. Clockwise from top left:

My nose-less face, before a night of party-hopping and bottle-popping.

Adding some raspberries and calling it a cocktail.

Making mandarin mimosas by hand (totally worth the effort, by the way). 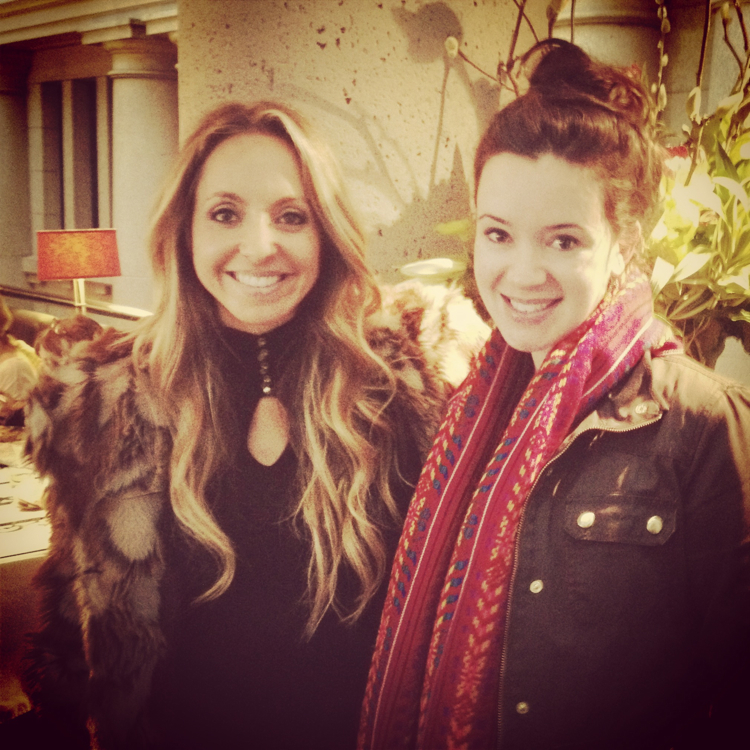 Does hanging out with someone as enlightened as author and speaker Gabrielle Bernstein rub off on you? I don’t know, but I figured it was worth a shot.

You can find my interview with the New York native here. 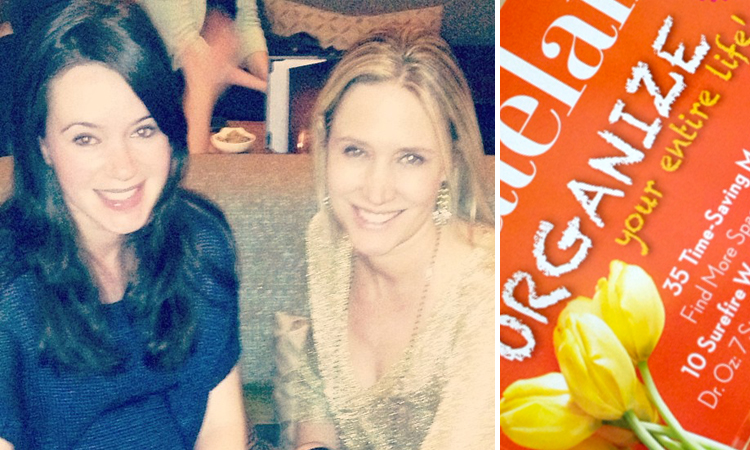 If you sat down with Chatelaine’s Editor-in-Chief Jane Francisco, you’d ask her what’s in her medicine cabinet, right? Riiiiiiight?

Well, I did and she told me. 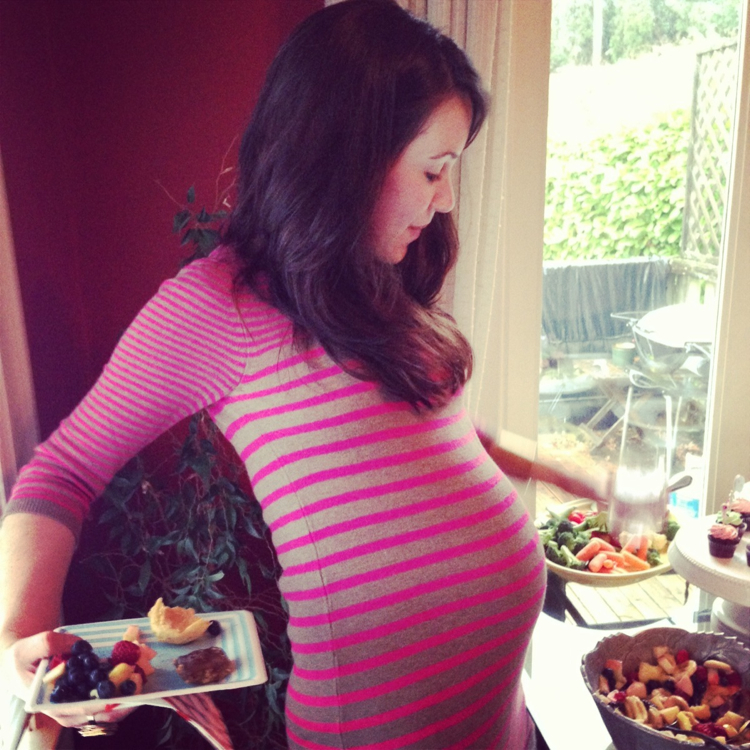 I’ve been rather mum on this subject (that’s a hilarious pun, you guys!), but I’ve gained a bit of weight around my midsection. And it’s the kind of weight that kicks you, if ya know what I’m sayin’, not the kind of weight you kick yourself for when you indulge in seconds at a baby shower buffet (see above).

Why didn’t I shout this news from the virtual rooftops eight months ago, the moment I saw that little plus sign on a stick? After all, I happily had my wedding profiled in a magazine and I share so much of my life on The Anthology. Why not chronicle every fetal hiccup? Well, I’ve been preoccupied with trying to figure out how on earth I’m going to take a few weeks off from running my company post-kid (seriously, business-owning moms, how do you do it?) and I haven’t wanted to bore you with ultrasound updates, so I haven’t written much about it (unless you count this list of my top five maternity must-haves).

But boy have I been talking about it. And you know what’s surprised me most? The third question people ask me. The first is always “When are you due?” (in theory less than a month) and the second is always “Do you know if it’s a boy or a girl?” (Nope!) The third? “Are you going to turn The Anthology into a mommy blog?” No, it’ll stay the same design-focused, fashion-loving, travel-obsessed blog it’s always been. Though I will be giving a bit of air time to cute gifty finds like this handmade stuffed fox because we all have nieces and nephews we need to buy for.

[My non-maternity dress is from H&M]

P.S. You can follow me on Twitter without worrying that I’ll tweet from the delivery room. My name may start with a K, but I am no Kardashian. 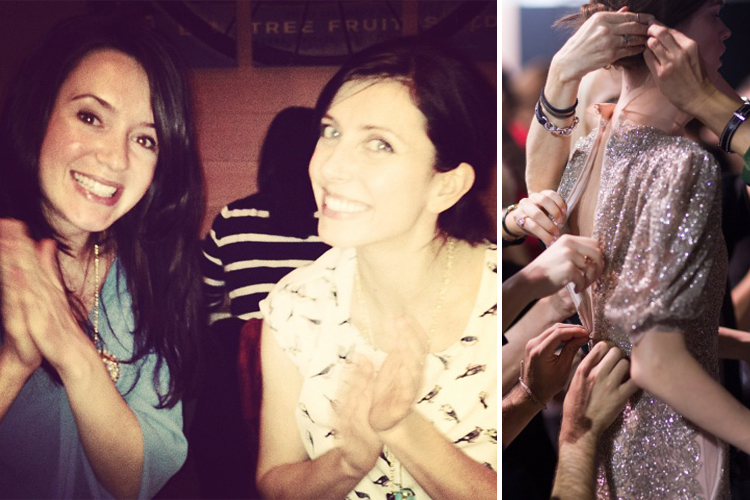 A hand, please. My friend Ashley and I giving ourselves a hand at Heirloom Vegetarian and a model getting a hand (or eight) backstage at Valentino spring 2013. 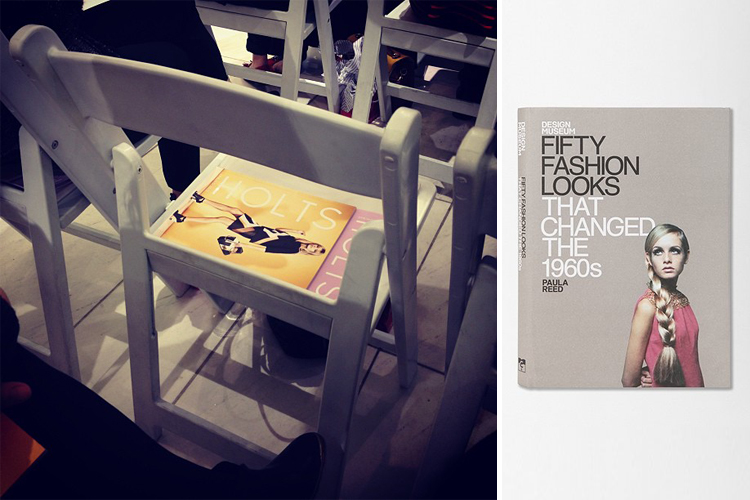 Read up. Grabbing a seat at Lisa Tant’s spring trend presentation at Holt Renfrew and a coffee table book I’d love to add to my collection. 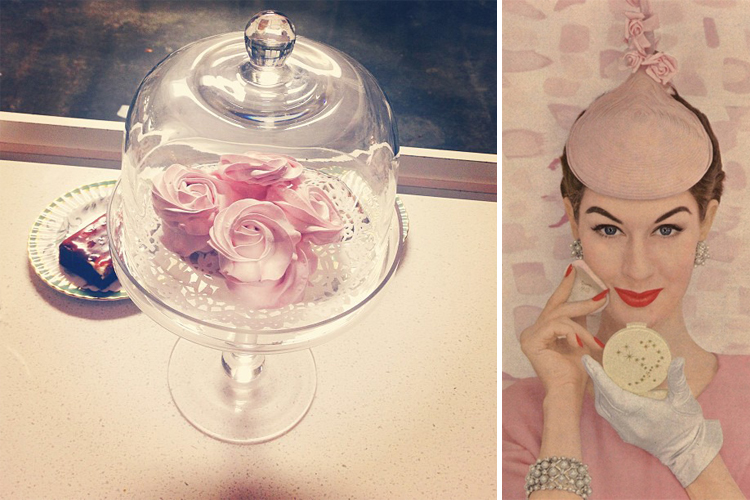 Blushing. Rose-shaped, raspberry-flavoured meringues at Gastown’s Cadeaux Bakery (a great place to go for tea) and a Max Factor ad from the 1950s. 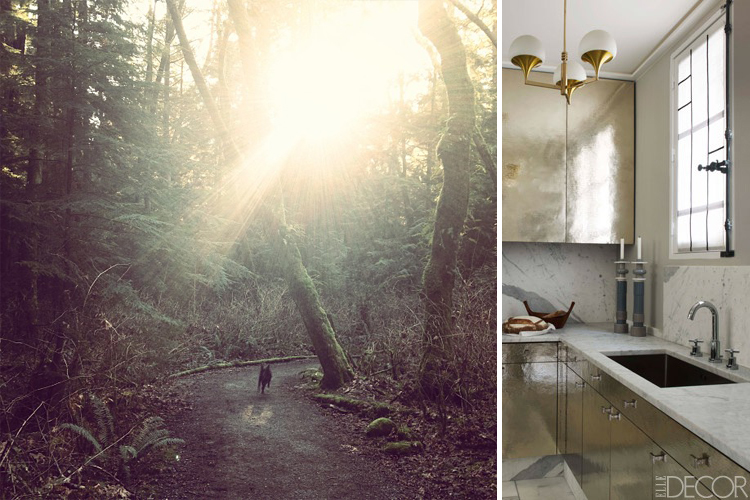 Mr. Golden Sun. My speedy boy Roy frolicking in the golden sun and Elle Decor‘s spectacular gold kitchen cabinets, which has me tempted to spray paint my cabinets. 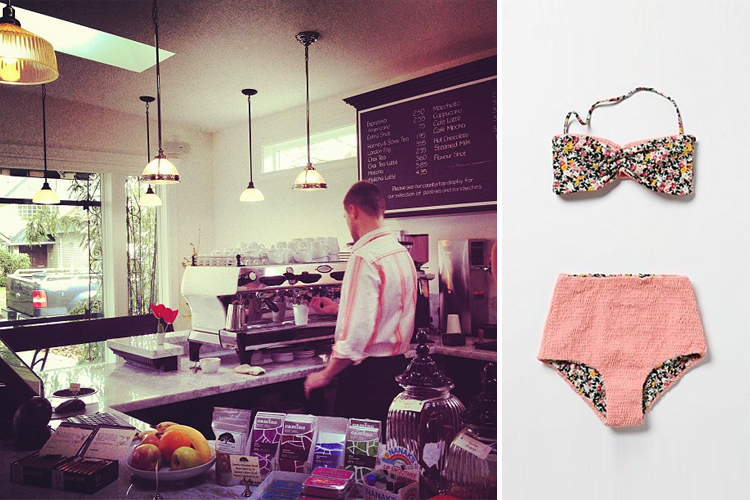 Keeping it old school. The Mighty Oak, a tiny general store/cafe tucked away near Cambie (I wrote about it here), and a vintage-inspired swimsuit from Anthropologie. 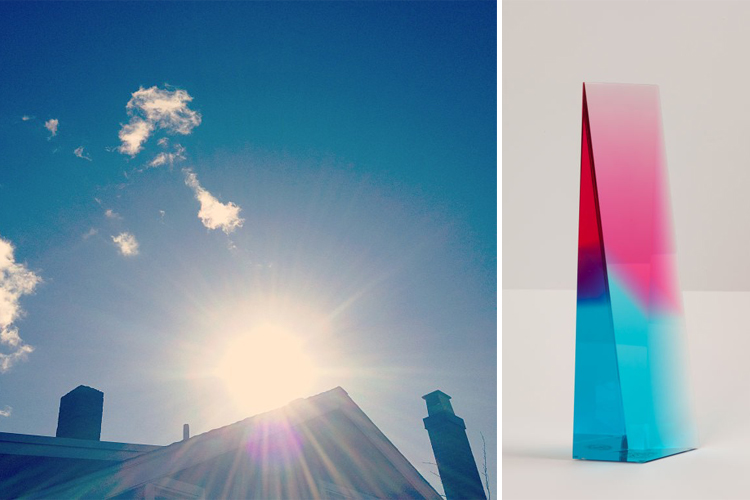 Reach the peak. The sun was out! (My Vancouver-based self got quite excited about it.) And a sculpture by New York-based artist Norman Mercer. 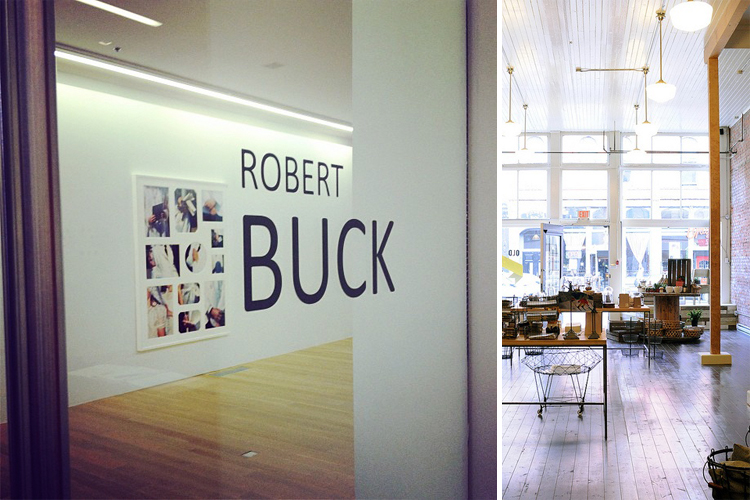 Go to (Gas)town. A shot I took after closing down the opening of Rennie Collection’s Robert Beck/Robert Buck show, which happens to be just a few blocks from one of my favourite stores Old Faithful Shop in Gastown. 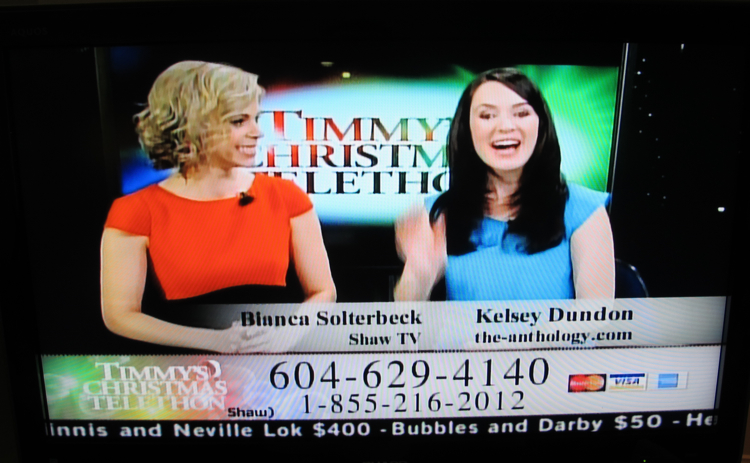 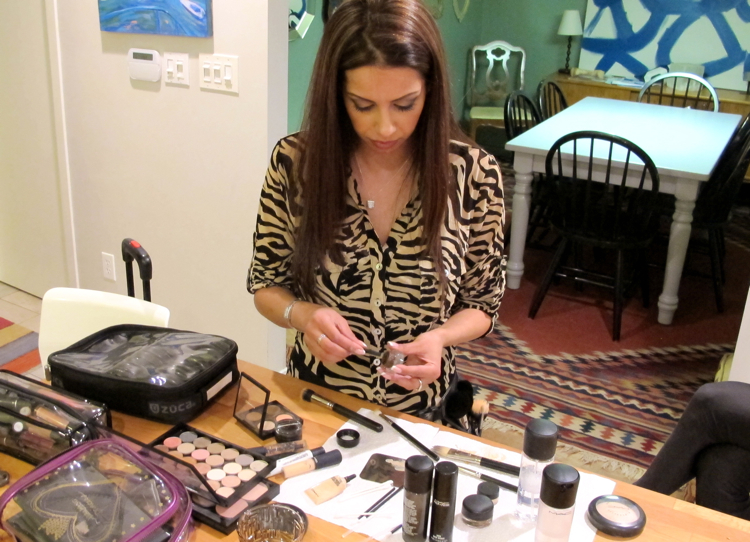 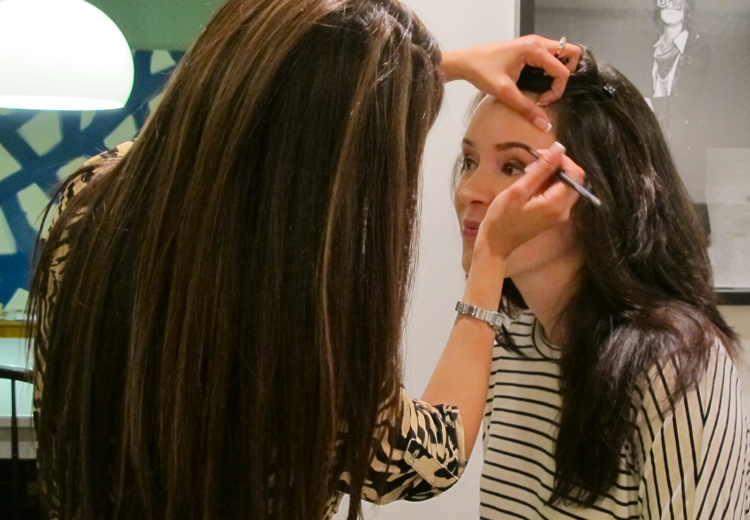 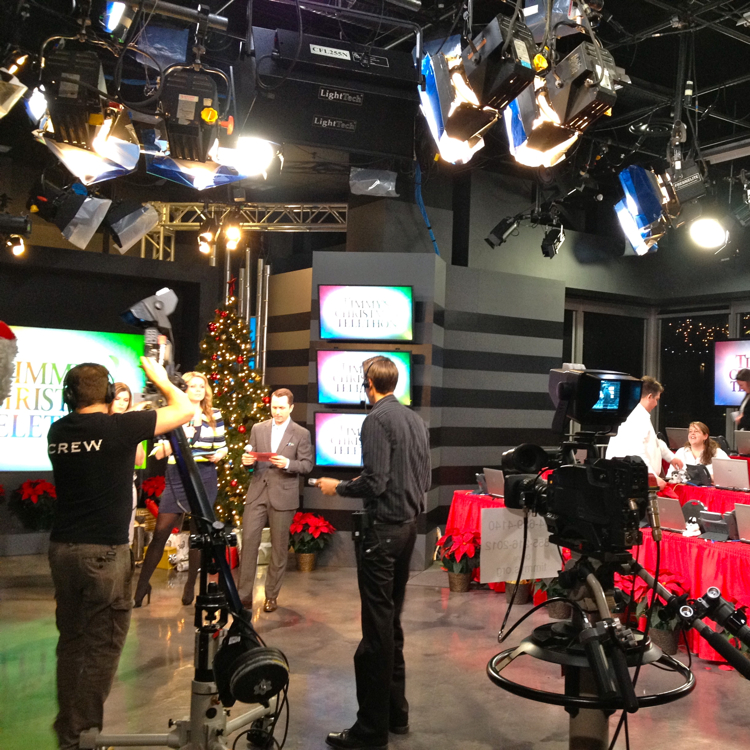 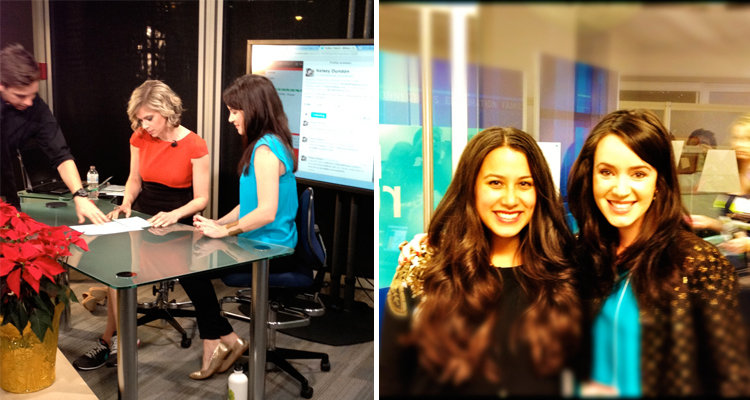 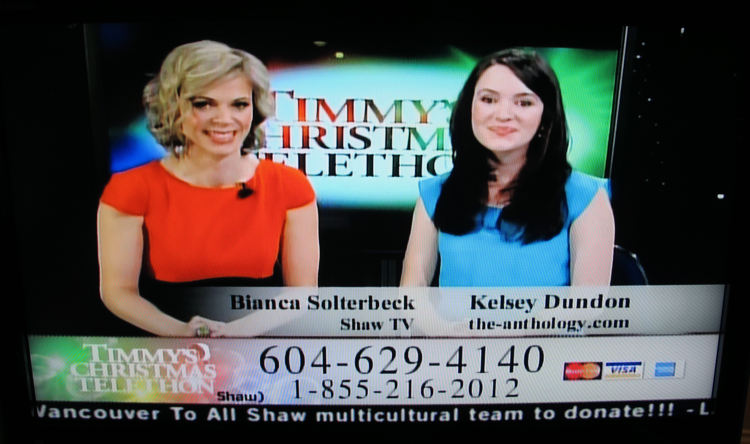 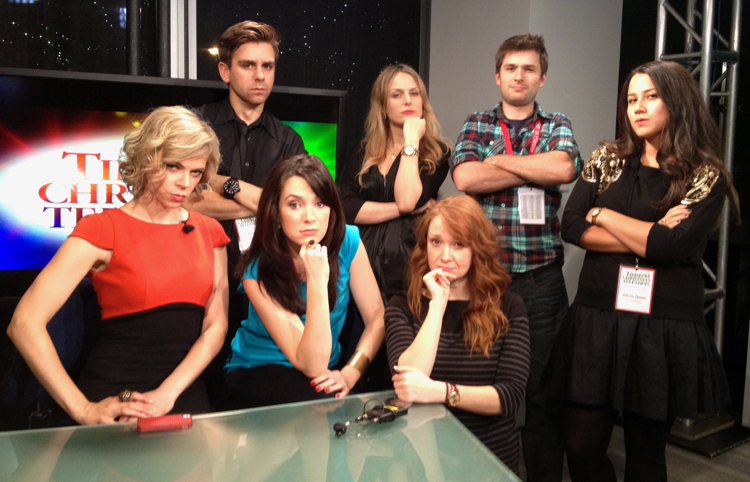 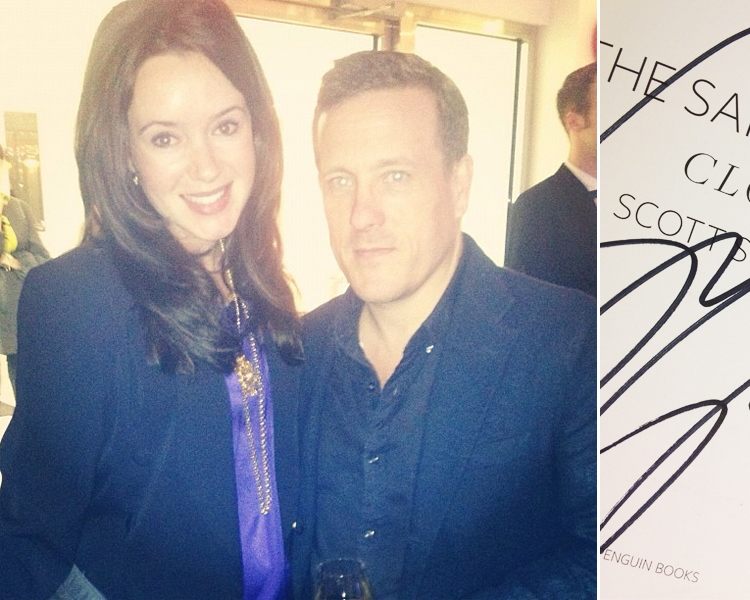 You have no idea what to get for your Secret Santa gift exchange this year, do you? May I suggest Scott Schuman’s The Sartorialist Closer? It’s the second doorstopper from the man behind your favourite street style blog, filled with his imagery and insight into the fashion world. 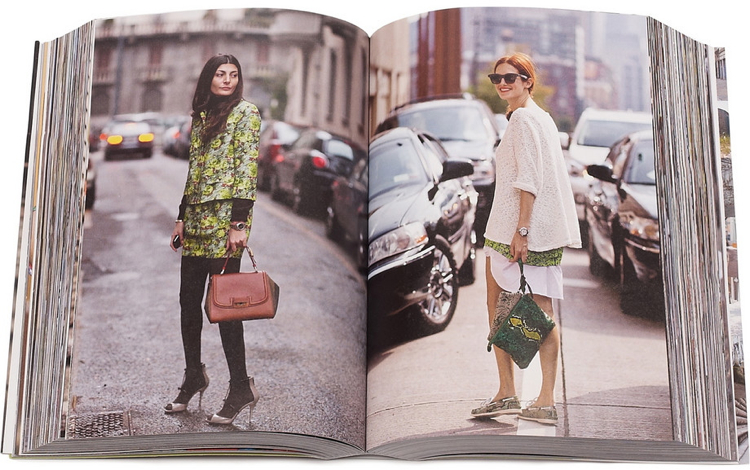 And you know what? It’s timeless. As fast-moving and trend-centric as the industry is, the looks he features often have some element of the well-worn — a pair of creased leather gloves or duct-taped boots. It’s what makes personal style personal. Your fashion-loving friends will love it.

At the cocktail party after Schuman’s book signing at Secret Location I couldn’t resist the urge to tell him how fan-freaking-tastic I think his work is.

“I’m happy to hear that,” Schuman said, laughing. “Much better than when people come up to me and say ‘You know what, I like Tommy [Ton] better.”