Before | The Striped Jacket 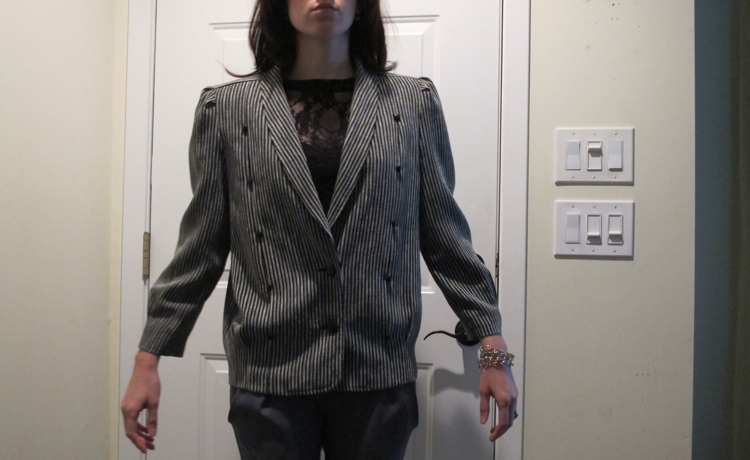 Gotta love these before and afters. They never disappoint, do they? This “before” shot is especially mugshot (fugshot?) esque. I can’t even imagine who would have originally owned this vintage grey-and-white striped jacket before me — an escapee from Alcatraz?

I would call its style “Jailbird chic” except there’s nothing really chic about it. It’s boxy, its sleeves hit at an awkward spot and the shoulders are just too bold for me to take myself seriously in it. But with a few tweaks, my friends, I’m predicting it’ll be a spring staple. Watch this space for the “after” shot.